Geoff was in Glasgow a few weeks back, and I’ve been going through old photos from when we were in Glasgow last year around this time. It was almost 11 months to the day that Geoff returned to Scotland.

For some reason, we spent a lot of time in cemeteries while we were there. For one, it just seems like Scotland has a lot of cemeteries, and a lot of them are really old and grand, with enough stories to inspire volumes. Also, we ended up going on a bit of a family history adventure, trying to track down some of Geoff’s long gone relatives in the Highlands (Spoiler: we failed. On so many levels).

Back before Harry Potter, Glasgow’s Necropolis was probably one of Scotland’s most famous cemeteries. And while it is hard to compete with the place in which He-Who-Must-Not-Be-Named is buried, the Glasgow Necropolis does a damn fine job. It’s freaking beautiful, majestically holding the stories of 50,000 souls.

On the day we visited, we walked from the city centre to the Necropolis, a 15-minute stroll along a mostly uninspiring busy street. It was cold, the wind biting through our scarves and hats and gloves, with a miserable drizzle that threatened to freeze to our reddened faces. I’d be lying if I said I didn’t start to second guess this mini adventure.

And then we saw Glasgow Cathedral. This is a view from the back of the Cathedral, but the sight of it from the front was the first sign we were on track. 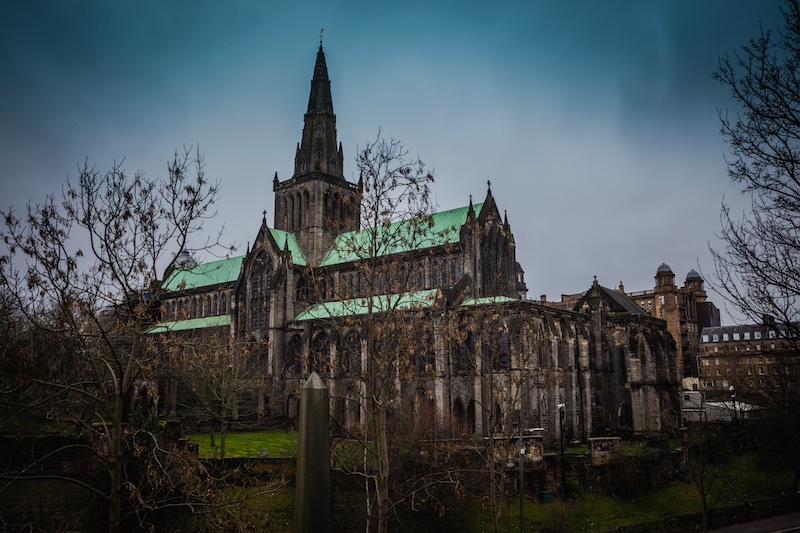 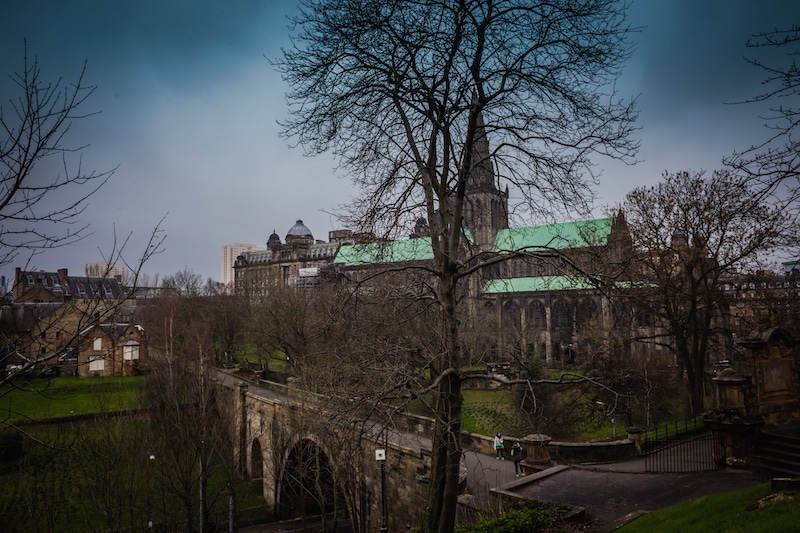 The Glasgow Necropolis is set atop a low hill, meaning you can look out across the city as you climb. 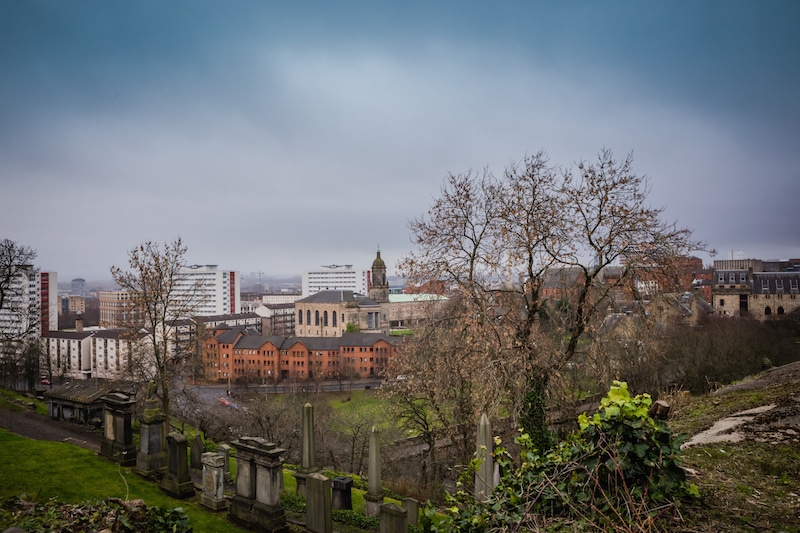 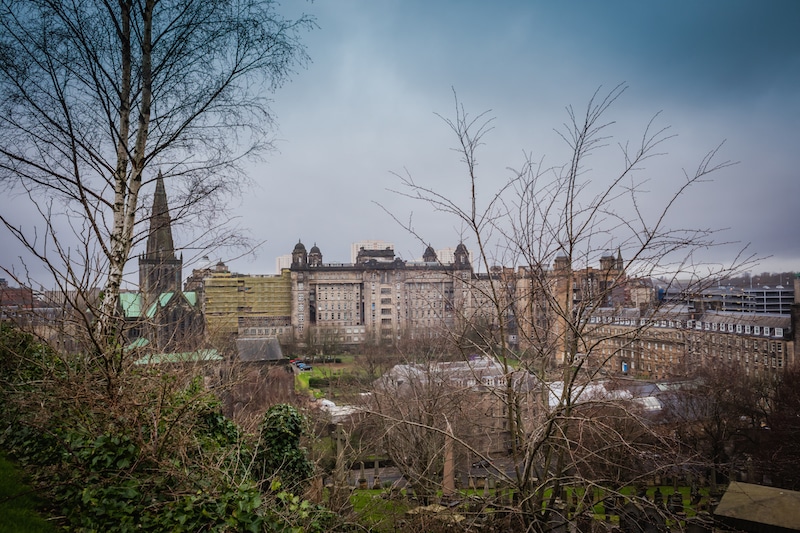 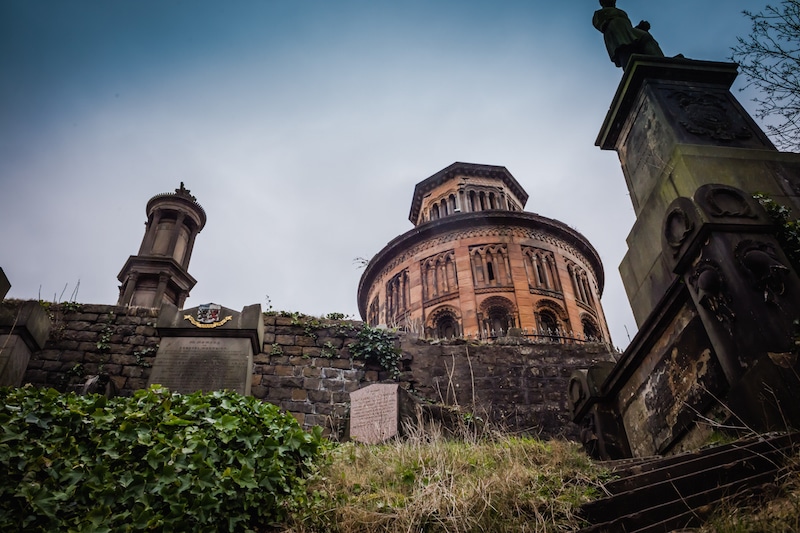 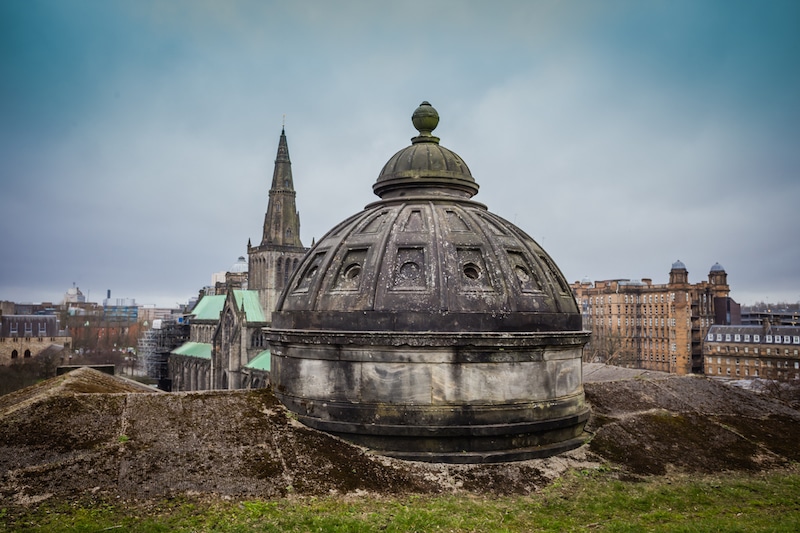 Although there are around 50,000 bodies held in the Necropolis, there are far fewer monuments — a few thousand. Many of them are crumbling, but it’s still possible to make out the names and dates on many of the stones, which frequently tell the stories of entire families who were wiped out by disease. 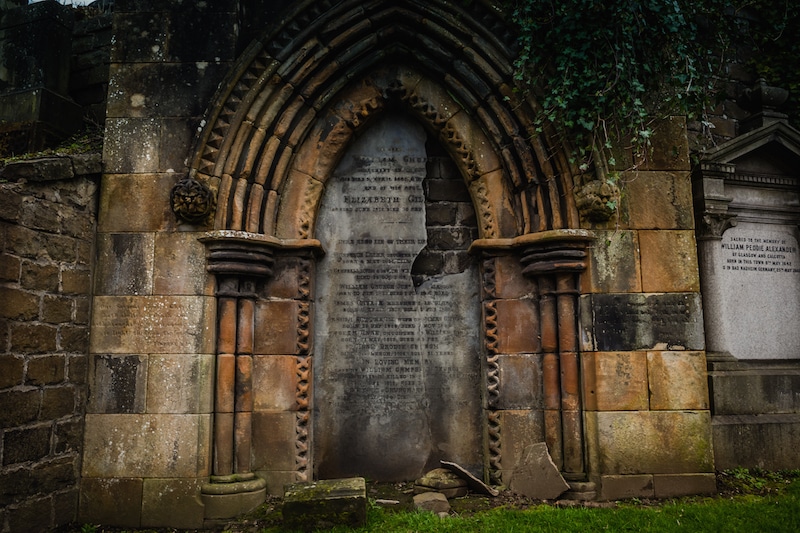 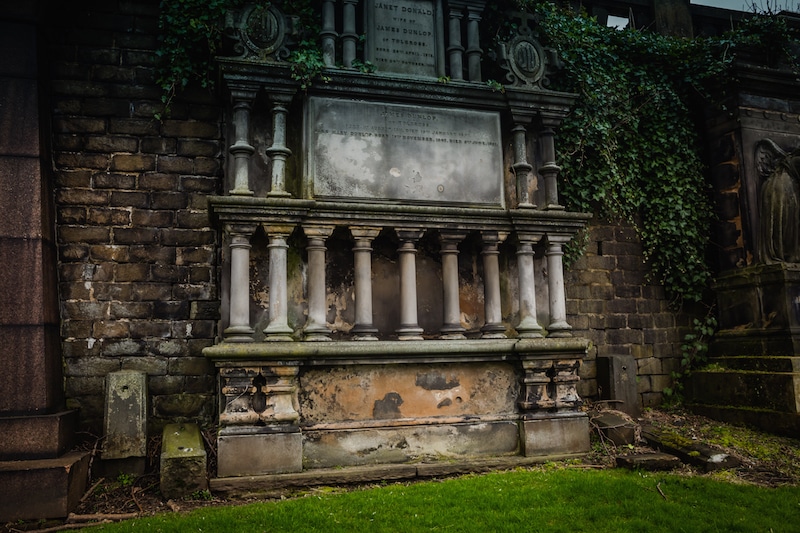 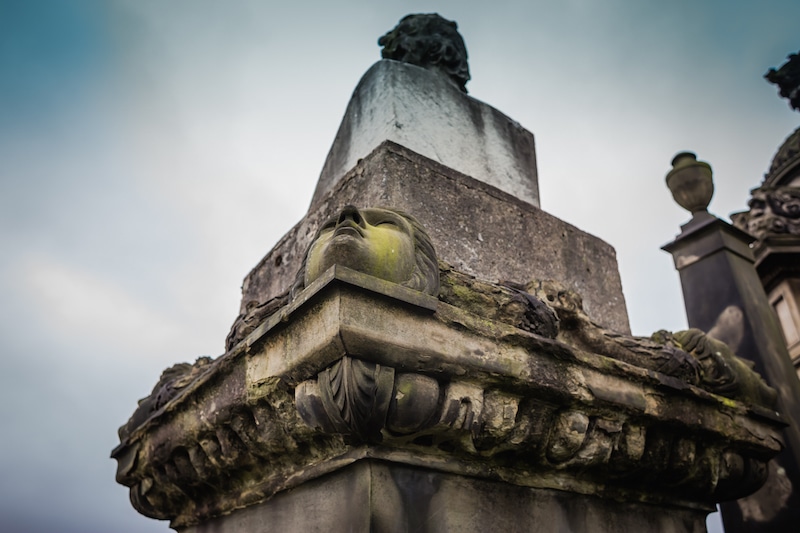 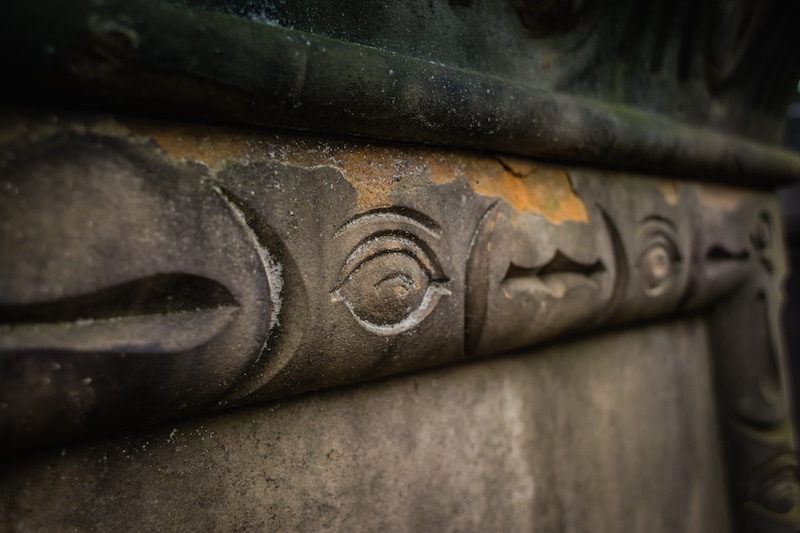 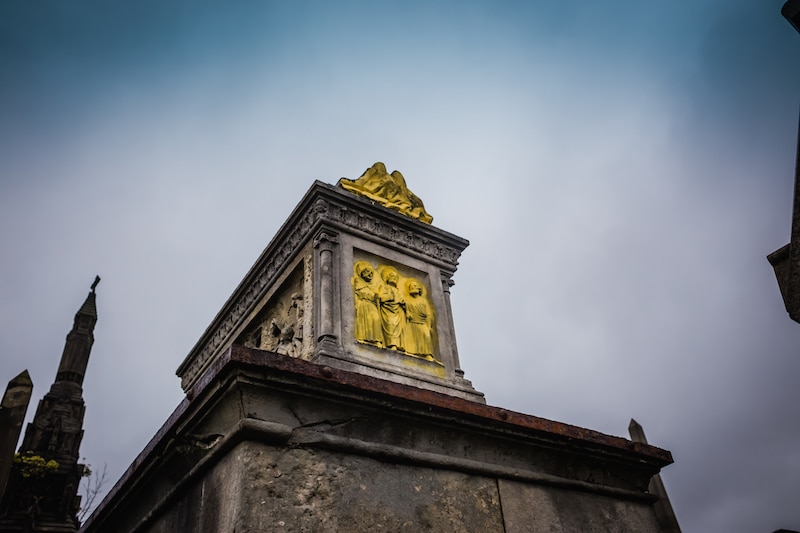 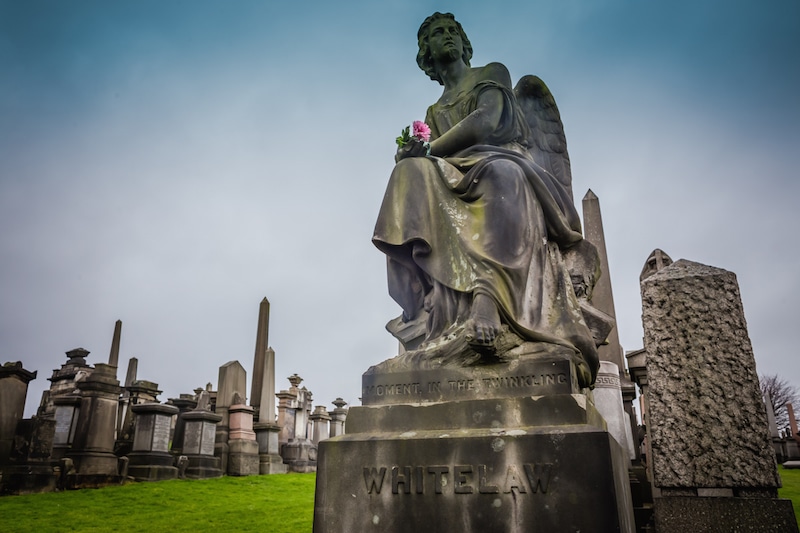 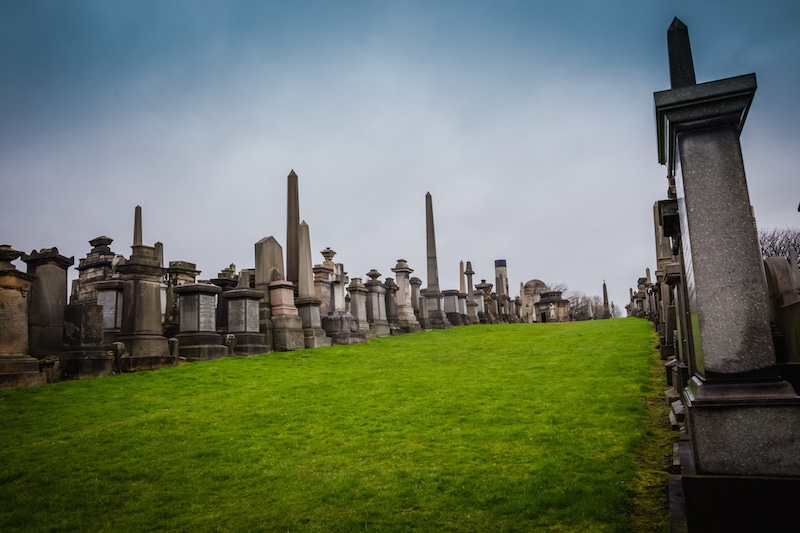 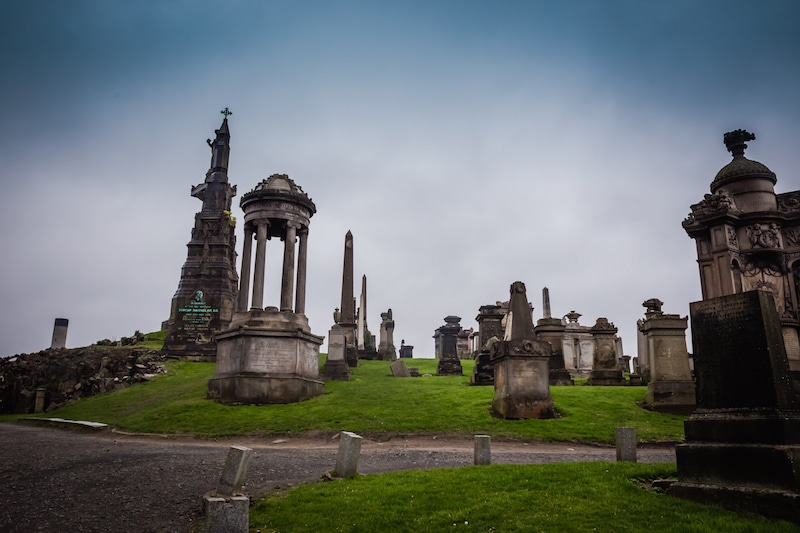 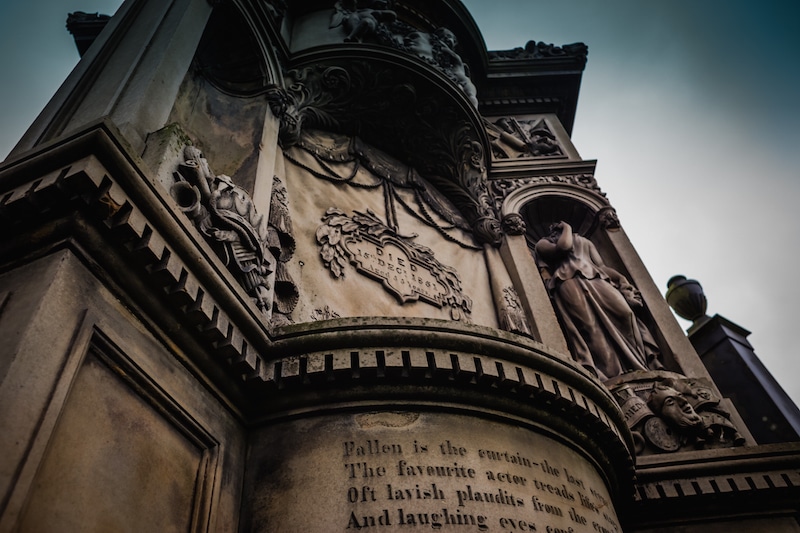 We spent an hour or so wandering through the rows upon rows of monuments, forgetting about the rain and the cold, which all of a sudden seemed to provide the perfect setting for examining past lives, and marvelling in the intricate details and care that went into each families’ monument.