If you’re looking for some incredible reads to inspire your next great adventure, you’ve come to the right place. I’ve rounded up all the best travel books right here. From lighthearted tales to inspiring stories, there’s a little something for everyone. But be warned – theses books will instill some serious wanderlust! 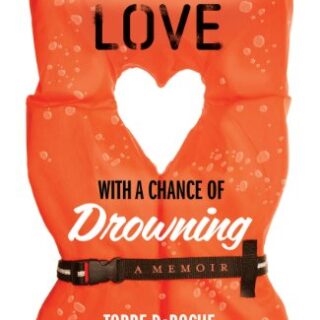 Love with a Chance of Drowning

Torre DeRoche is a city girl with an intense fear of deep water, and the last person you would imagine sailing the stormy Pacific aboard a leaky sailboat. That is, until she meets Ivan, a handsome Argentinean man with a humble sailboat and a dream to set off exploring the world.

She can either choose to watch the man she's in love with sail away forever, or head off on the watery journey with him. This story tells of their year-long voyage across the Pacific, and teaches us that some risks are worth taking. 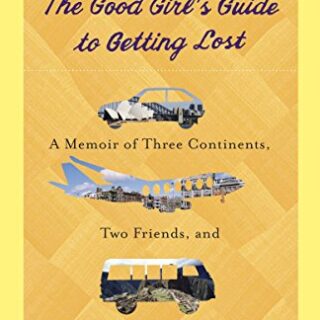 The Good Girl's Guide to Getting Lost: A Memoir of Three Continents, Two Friends, and One Unexpected Adventure

When, Rachel Friedman, a play it safe, good student, recent college grad decides to book a trip to Ireland by herself on a whim, everyone is surprised (including herself)!

Setting out to escape pending life decisions, she unexpectedly forms a bond with a free-spirited Australian girl. This relationship spurs a yearlong adventure that takes her to three continents and instills a love for traveling and spontaneity she never knew she had. 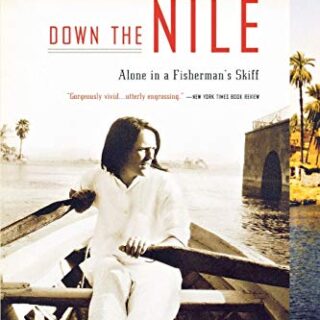 Down the Nile: Alone in a Fisherman's Skiff

Determined to take a solo trip down the Egyptian Nile in a small boat, Rosemary Mahoney wasn’t afraid of the current civil unrest among other obstacles she would face along the way.

Enduring extreme conditions dealt to her by nature and the culture in which she sailed into, Mahoney captivates her readers by keeping her wits about her along the way. 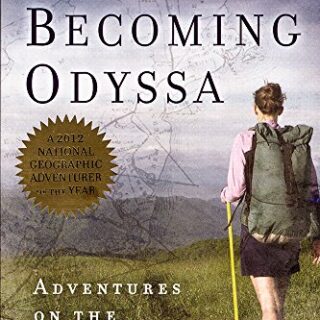 Aftering graduating college, Jennifer sets out on the Appalachian Trail, a 2175-mile footpath that stretches from Georgia to Maine in hopes that it will give her time and clarity to figure out what she wants to do next with her life.

She sets out alone to hike the trail over a four month span that becomes the most mentally and physically exhausting and challenging time of her life.

On this journey of self-discovery, she finds herself in situations she never imagined before and learns to depend on the help of others in times of need. 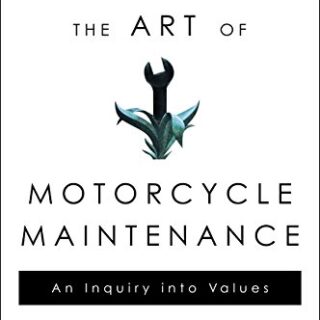 Zen and the Art of Motorcycle Maintenance: An Inquiry Into Values

In this inspiring narration, a father and son embark on a summer motorcycle trip together, which becomes a personal and philosophical odyssey into fundamental questions on how to live.

Narrated by the father, this inspired and original story is full of insights into our most perplexing modern dilemmas. 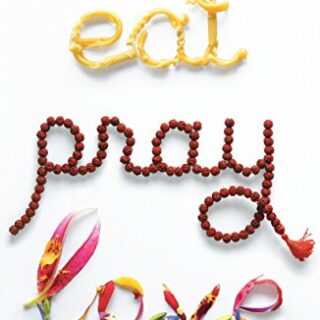 Eat, Pray, Love: One Woman's Search for Everything Across Italy, India and Indonesia

In her early thirties, Elizabeth Gilbert was a modern American woman who, on the outside, had everything a woman could want - husband, country home, successful career.

On the inside, though, she struggled with feeling unhappy and unfulfilled. Consumed by panic and confusion, she left it all behind and embarked on a journey to explore three different aspects of her nature.

Her quest is set against the backdrop of three different cultures: pleasure in Italy, devotion in India, and on the Indonesian island of Bali, a balance between worldly enjoyment and divine transcendence. 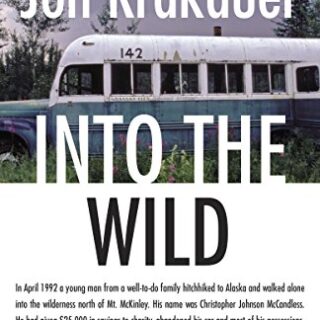 In April, 1992, a well-off young man named Christopher Johnson McCandless hitchhiked to Alaska and walked alone into the wilderness north of Mt. McKinley.

McCandless  had given $25,000 to charity, abandoned his car and possessions, burned all the cash in his wallet, and invented a new life for himself. McCandless had left behind the maps, his desperate parents and sister, and vanished into the wild.

Into the Wild is the unforgettable story of how he came to die, his body discovered by moose hunters months later. 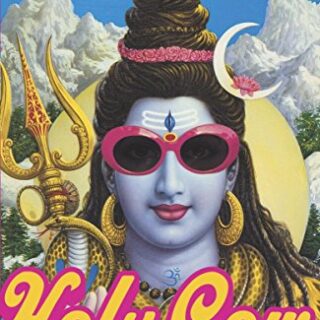 After a backpacking trip around India in her twenties left journalist Sarah Macdonald with a strong disdain for the country, she never intended to return.

So when an airport beggar read her palm and told her she’d return for love, she blew him off and went on with her life. Years later, when her love and partner is posted to India, she quits her dream job to move to the most polluted city on earth, New Delhi.

Holy Cow is Macdonald’s often hilarious chronicle of her adventures of making the ultimate sacrifice for love. 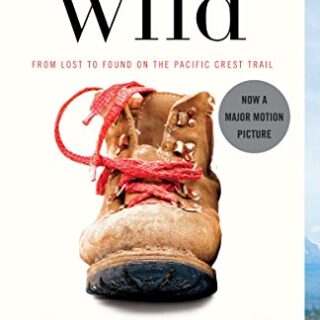 Wild: From Lost to Found on the Pacific Crest Trail

In this memoir by Cheryl Strayed, she takes her readers on a journey of self discovery through her 1,100-mile hike on the Pacific Crest Trail.

With no prior hiking experience, Strayed sets out with only blind will and the belief that she had nothing left to lose. She powerfully tells the story of how this journey ultimately healed her.

Wild reached No. 1 on the New York Times Best Seller list, and was the first selection for Oprah's Book Club 2.0. 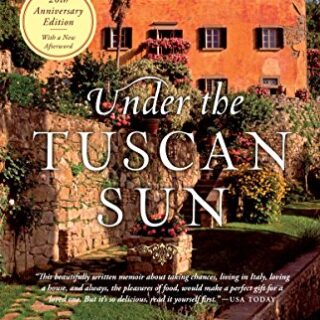 Under the Tuscan Sun: At Home in Italy

When poet, cook, and travel writer Frances Mayes bought and restored an abandoned villa called Bramasole in the Tuscan countryside, she took her readers on the journey with her and inspired generations.

This memoir teaches about taking chances, the beauty of living in Italy, pouring love into a house, and enjoying amazing food. 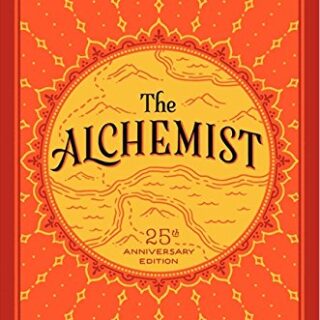 A modern classic tale of self-discovery that tells the story of Santiago, an Andalusian shepherd boy who yearns to travel in search of a worldly treasure. On his journey he finds something much more valuable.

His story has transformed readers for generations, teaching us how to listen to our hearts, recognize opportunity and learning to read the signs along the way. 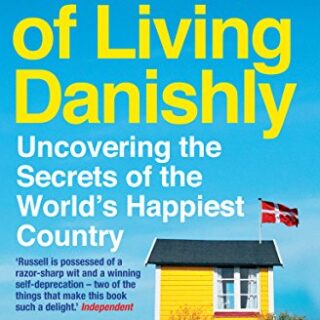 The Year of Living Danishly: Uncovering the Secrets of the World's Happiest Country

When Helen Russell takes the opportunity of a new life in rural Jutland, she discovers that Denmark is the happiest place on earth. Giving herself a year to uncover the secret to why the Danish are so happy, she takes her readers on a journey of discovery.

In the end, she discovers what they do right, what she believes they get wrong, and how we could all stand to live a little more Danishly ourselves. 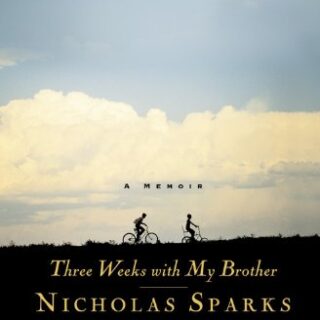 Three Weeks with My Brother

Follow along with Nicholas Sparks, author of The Notebook, as he travels the world with his brother learning about faith, loss, connection, and hope. This unique memoir, written with his brother, chronicles their three-week trip around the globe.

Showing their genuine humor and rare candor, and including personal photos, Three Weeks With My Brother reminds us to embrace life with all its uncertainties, and to cherish the time we have with the people who matter most to us. 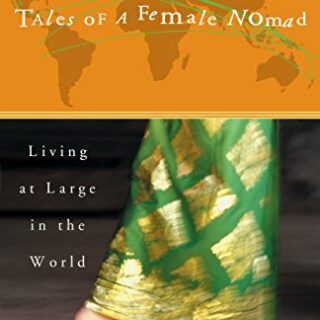 Tales of a Female Nomad: Living at Large in the World

Finding herself on the verge of divorce in her late forties, Rita Golden Gelman leaves behind her elegant L.A. life to follow her dream of travelling the world.

This true story of an ordinary woman living an extraordinary existence all over the world  encourages us all to dust off our dreams and rediscover the trust spirit we may have buried deep inside. 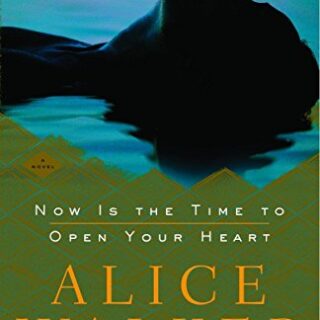 Now Is the Time to Open Your Heart: A Novel

A beautiful novel written by the Pulitzer Prize–winning author of The Color Purple, Possessing the Secret of Joy, and The Temple of My Familiar. Kate, a well-published author who has been married many times, has always been a wanderer.

At age fifty-seven she leaves it all behind, including her lover, Yolo, to embark on a new adventure. Yolo takes his own parallel voyage and they emerge at a place where nothing remains but love. 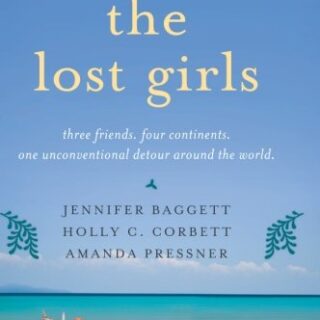 The Lost Girls: Three Friends. Four Continents. One Unconventional Detour Around the World.

When three friends realize they are about to reach their thirtieth birthdays and have not hit all the typical life milestones they pressure themselves to (big promotion, find a soulmate, start a family), they instead make a pact to quit their jobs and leave it all behind.

Jen, Holly, and Amanda embark on a yearlong round-the-world search for inspiration and direction. 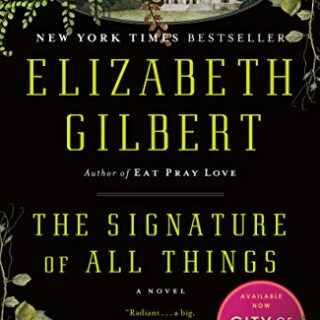 The Signature of All Things: A Novel

This fiction novel, set in the 18th and 19th centuries, follows the story of the extraordinary Whittaker family. Led by the enterprising Henry Whittaker—a poor-born Englishman who makes a great fortune in the South American quinine trade, eventually becoming the richest man in Philadelphia.

Exquisitely researched, The Signature of All Things takes readers across the globe—from London to Peru to Philadelphia to Tahiti to Amsterdam, and beyond. The story is packed with unforgettable characters: missionaries, abolitionists, adventurers, astronomers, sea captains, geniuses, and the quite mad. This deep and spellbinding tale is certain to capture the hearts and minds of readers. 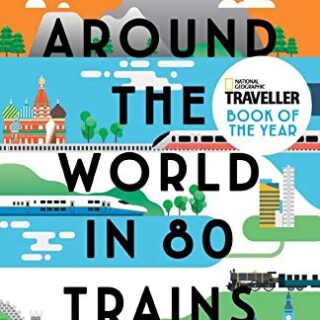 Monisha Rajesh, packing a bag and her fiancé, embarks on an unforgettable adventure that will take her from London's St Pancras station to the vast expanses of Russia and Mongolia, North Korea, Canada, Kazakhstan, and beyond.

From the author of Around India in 80 Trains, this witty tale celebrates the glory of train travel.