There’s been lots going on in the Wandertooth household as of late. Or rather, Wandertooth’s mom’s/mother-in-law’s household. That’s right: this summer, we decided to give up our lovely and tiny apartment in downtown Vancouver, and move into my mom’s basement as we tried to save as much money as possible to sustain us for what’s next.

Our summer was a blur of Craigslist posts, selling off our belongings at bargain basement prices (we also went to Guatemala, and my brother got married in one of the best weddings ever, so it wasn’t all work). Each time we sold something, we’d run up to the bank and deposit our proceeds, no matter how small.  There is something truly satisfying about watching the money in your savings account climb northward.

I was determined to sell everything. Geoff would scoff at my determination to sell the $5 Ikea plastic bin we use to collect paper recycling, or my old leftie baseball glove; after a few tries, I realized he was right. Craigslist is great for selling household items and electronics, but other things just don’t seem to elicit the same response.

Not being easily deterred, I told Geoff I was going to have a yard sale. This is a popular thing to do in Vancouver’s West End, which is full of low rise apartment buildings: lay down a blanket on the front lawn with all the things you want to sell, and just wait for pedestrians to engage. Being the excellent partner-in-crime that he is, Geoff decided I wouldn’t get enough walk-by traffic in the West End, and offered to drive me to the beach. And that is how we ended up at Kitsilano Beach on a Sunday, with a blanket full of clothing, an old camera, extra textiles from a trip to India, and necklaces. We made enough to pay for the fancy coffees we’d bought to drink during the yardsale, plus some, and we managed to get out of there before park authorities busted us, so we’ve nothing to complain about.

We’ve now sold or donated almost everything, although we are still looking for someone to buy our car. And in just a few weeks, we are heading up, up, and away.

What’s next is a big, fat, scary risk. We have saved enough money to sustain cheap travel for at least one year, probably longer if we’re careful. And we’re taking a leap of faith that we can make money as we go doing freelance work, with the hope that as our incomes go up, we won’t have to rely on our savings quite so much. We also have a few business ideas that we’re considering, all of which we could run from the road.

So while we’ve known for a while now that we’re going somewhere, we had no idea where until just a few weeks ago: Portugal.

In September, we applied to look after a home in the Algarve region of Portugal. As we don’t have experience as housesitters, we didn’t have high expectations about getting the job. However, timing worked out perfectly, and we contacted the homeowners just as the sitter they had previously lined up dropped out of the assignment; just like that, we had our first destination!

We’ll be looking after a house (plus two cats and a Portuguese Water Dog) that is near the city of Faro, a city of about 50,000 people, and the southernmost city in continental Portugal. Faro also happens to look rather lovely. Like this:

(Note: the three photos of Faro below, and the featured photo for this post, are all from Publikaccion.es’ Flickr photostream – they are all licensed under the Creative Commons) 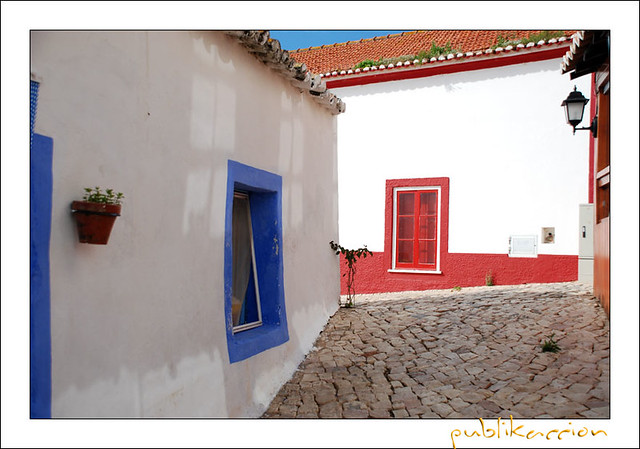 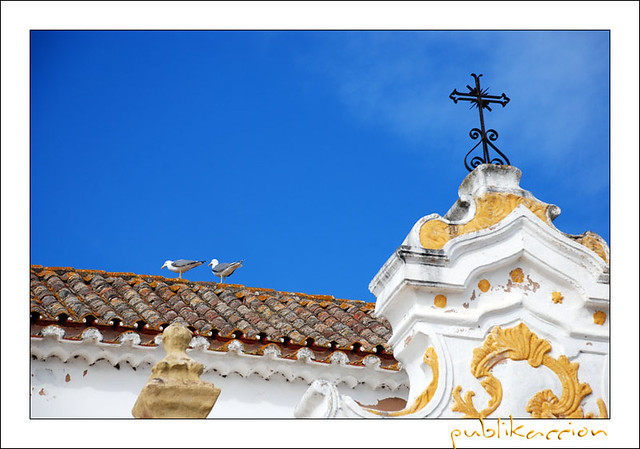 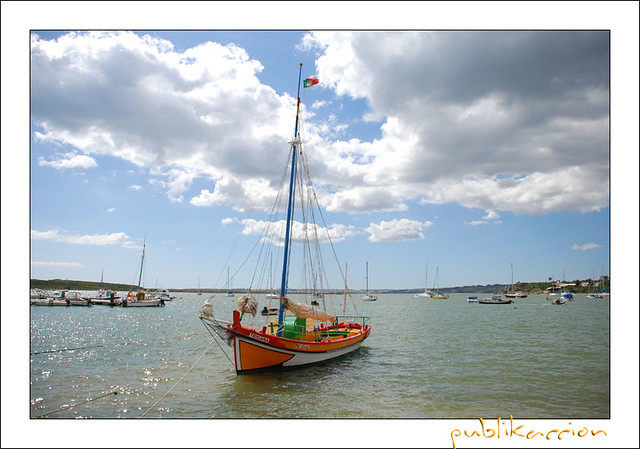 And that is how we came to be leaving for Portugal in three weeks!  We have one week in Lisbon and Porto planned before we start the housesit in early December, and have rented a car for the entire duration of the housesit, so we’ll be able to check out the Algarve region quite thoroughly.

Once we knew our destination and timing, we had to quit our jobs. This was a challenge for me, as I quite like my job, and I enjoy all the people with whom I work, including my boss. It took me three days before I finally mustered the nerve to have the conversation: each day, I’d go in with the intention of quitting, only to return home at night as a failure, Geoff shaking his head in comic dismay.  When I finally did let my boss know I was leaving, he was very supportive, and I felt as though a huge weight had lifted off my shoulders.

After Portugal, we’ve no idea where we’ll go next. We have been in touch with some homeowners in Morocco who may require housesitters in the new year, but it is far from a sure thing. As long-haul flights will be one of the biggest expenses as we go, we’d like to keep them to a minimum, and therefore expect we’ll probably be in the Europe/N. Africa region for a while. However, knowing how Geoff and I are, I can also quite confidentially say: everything is always subject to change!

So there you have it: next stop, Portugal. Share your tips for what we need to see and do in the comments!

9 thoughts on “Going Nomadic: Travel Plans for November to January”