On our recent trip to Guatemala, we found ourselves more often than not in Antigua, the country’s former capital and a cobblestoned collection of  colourful lowrise Spanish-colonial style buildings. Antigua is beautiful; surrounded by waves of lush green hills and the cones of perfectly shaped volcanoes, the buildings sit like a handful of multi-coloured gems in the bottom of a green velvet pouch. And yet, for all its outward beauty, we didn’t love Antigua. 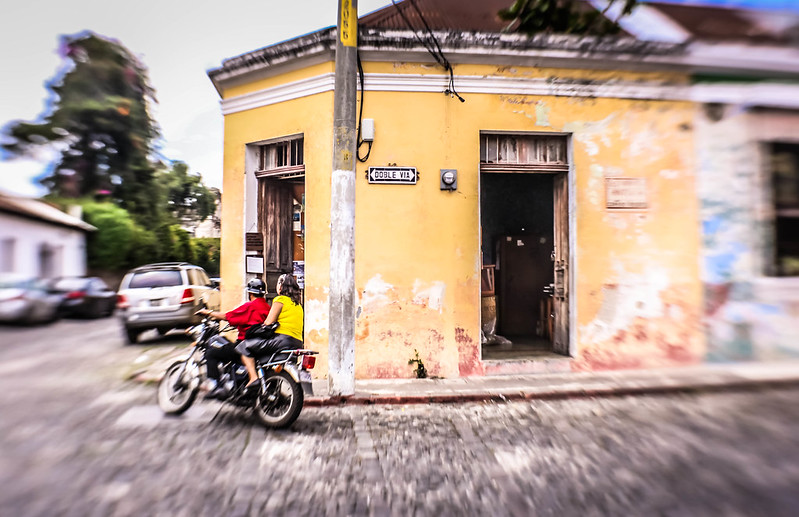 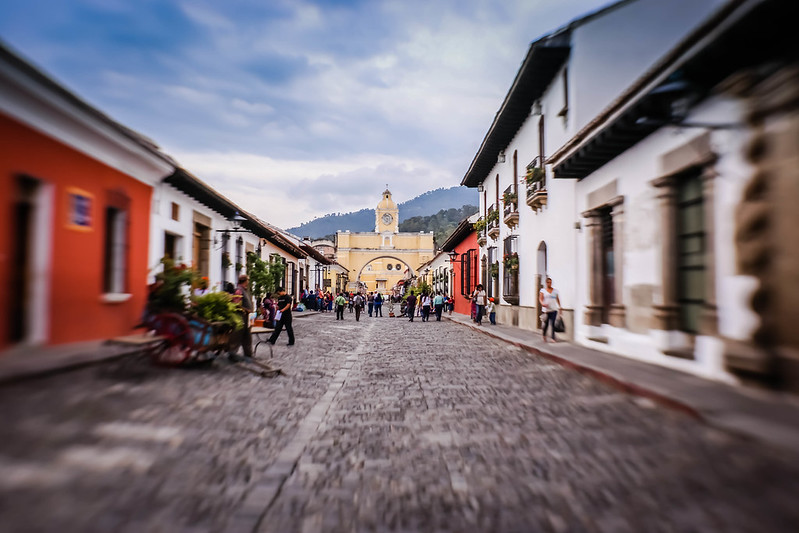 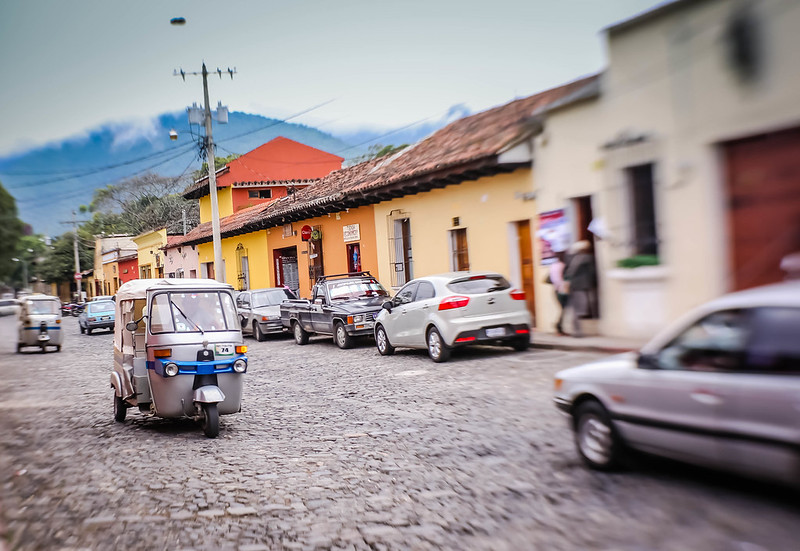 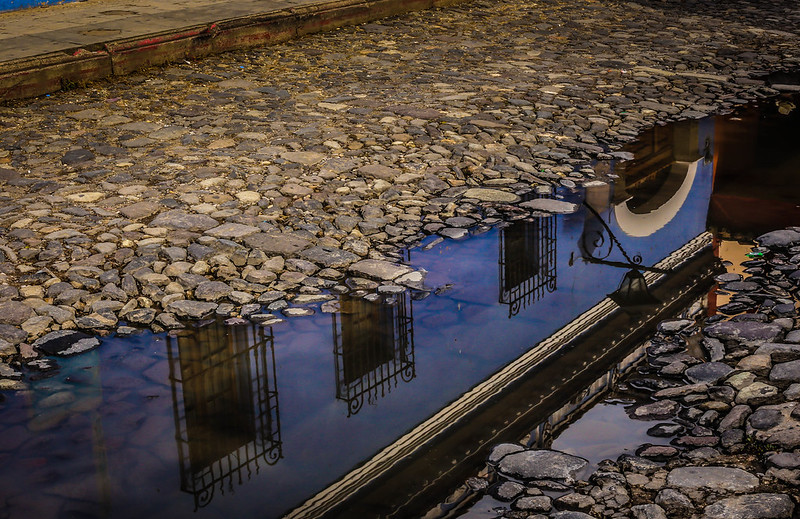 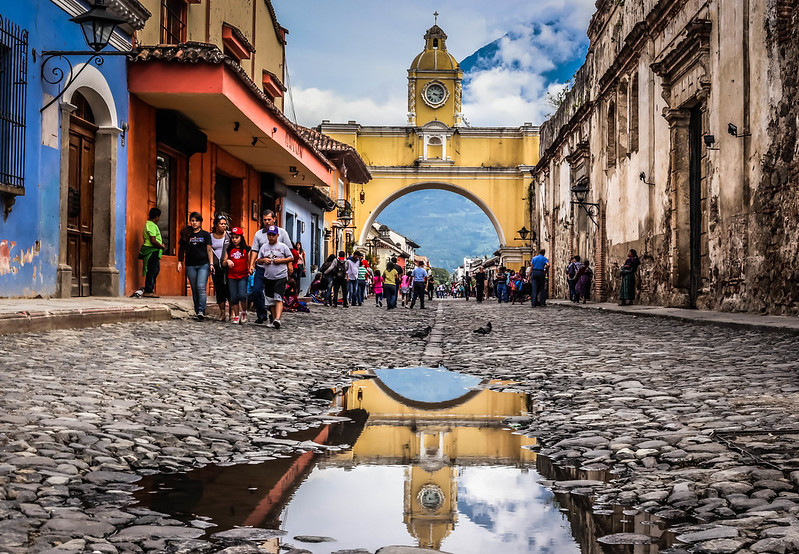 Mother nature has not been kind to Antigua. It became the third (or fourth, depending on your source) capital of the Kingdom of Guatemala, a region spanning from Costa Rica to the Mexican state of Chiapas in the north, in 1543. This was after the second capital, Ciudad Vieja, was destroyed by a catastrophic volcanic mud flow, viciously hurled from the mouth of the nearby Volcán de Agua. For 200 years, fortune smiled upon Antigua: it became one of the richest cities in the Americas and the population grew to a height of around 60,000 (around double today’s population). A 1717 earthquake destroyed around 3,000 buildings, but authorities decided to rebuild the capital. Then, fifty-something years later, from July to December 1773, a 7.5 earthquake and series of aftershocks lasting five months methodically destroyed the capital, convincing authorities to once again move the capital of Guatemala to what is today Guatemala City. 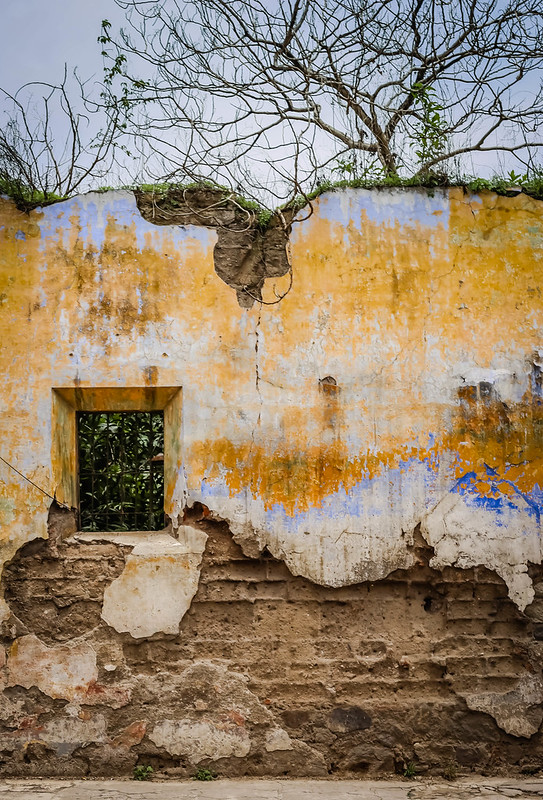 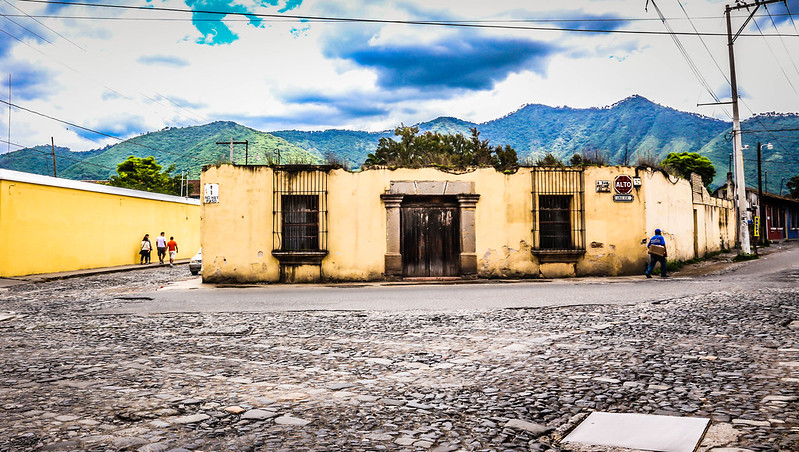 Today, it seems fortune is beginning to smile upon Antigua again. The long-time expat residents and dedicated Guataphiles may disagree, and one openly lamented to me how much it has changed in the last 15 years: it is filled (or overrun, depending on your perspective) with foreigners enticed by the multitude of cheap Spanish schools, wifi-enabled cafes, aesthetic appeal, and relative ease of life; the streets aren’t particularly safe after dark, and it’s not uncommon for thieves to wait for drunken foreigners to stumble out of nightclubs and follow them home, only to jump them in a dark area and rob them of all their possessions; and the sight of Mayan men, women, and children pestering tourists to buy textiles, wooden flutes, and cheap bracelets suggests the growth of the tourist industry has brought with it other challenges. And yet, it seems to be mostly prospering: many restaurants, cafes, and hostels are run by youngish entrepreneurs, and the whole place has an easy like Sunday morning, gentrified appeal about it. 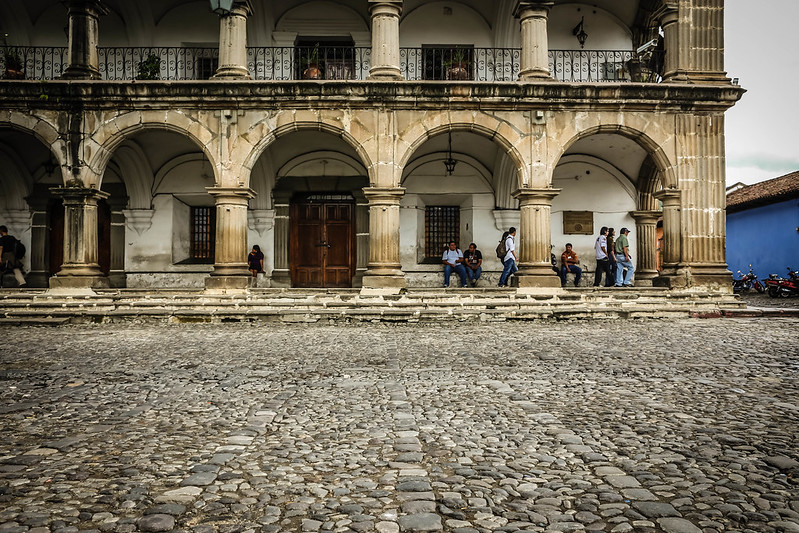 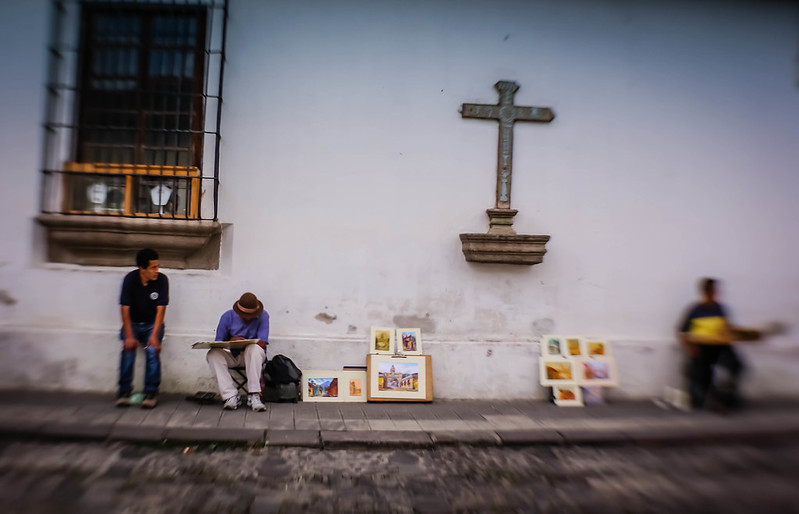 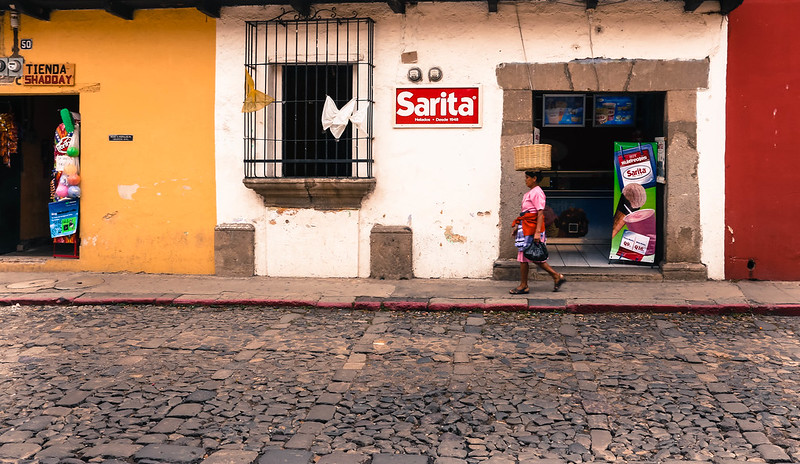 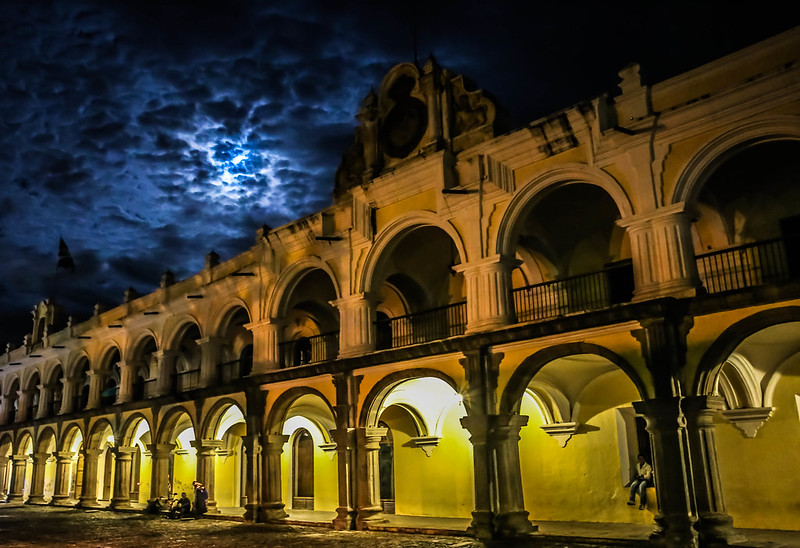 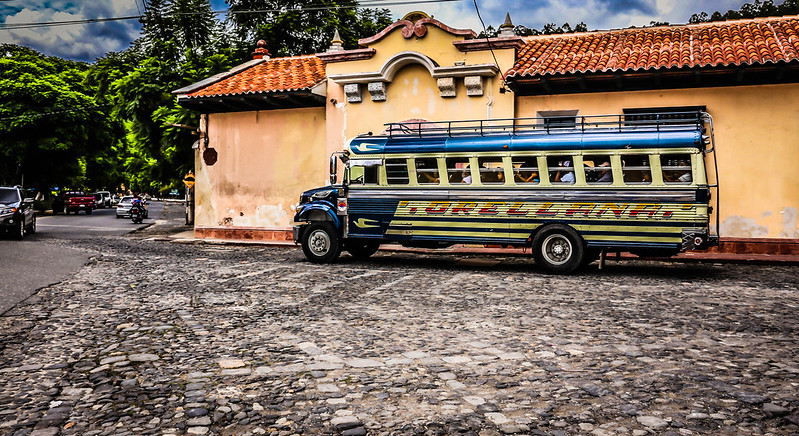 And yet, we didn’t love it there. The past few months have had us both running at full-speed, and we were exhausted when we got to Guatemala. I was excited to be there, but mostly I wanted a slower pace than I’ve been afforded over the past few months. I had a taste for hanging out and relaxing, and Antigua is a prefect place to do that. To be honest, there’s only so many Spanish-colonial towns I can see before they all look the same, and I start to go, meh. Yes, it is beautiful. Yes, it is surrounded by volcanos. And yes, the coffee is amazing. 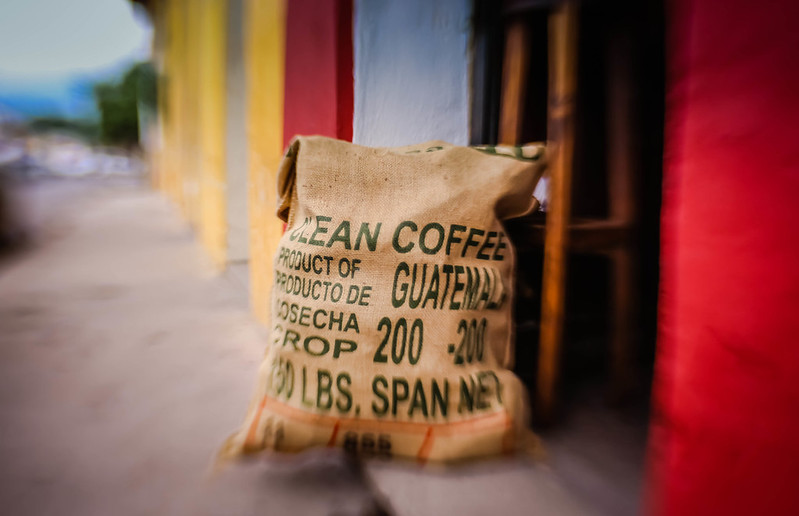 But overall, I found Antigua to be a bit vapid. Have you been to Antigua, and what were your impressions? Tell me in the comments.

(We were graciously provided with a copy of Rough Guide to Guatemala for the trip, and it came in pretty handy. Despite being a grid system, Antigua is remarkably easy to get lost in, and we used the map on most days. Plus, it gave us a pretty good overview of what was safe to do, and what required more caution.)

11 thoughts on “Lukewarm About Antigua, Guatemala”