Planning a visit to Berlin? An insider’s guide to Kreuzberg Berlin. Tips for where to stay and what to eat, see and do in this edgy and diverse Berlin neighborhood.

Disclosure: This Kreuzberg Berlin district guide contains affiliate links. That means we earn a commission when you use the links on this site to book a hotel, buy your travel insurance, shop for travel essentials, etc.. You don’t pay anything extra. If you’d like to learn more about how this works, you can read more under our Disclaimer page.

Kreuzberg Berlin has long been known for its edgy and cool atmosphere. Once a prominent, and once a poorer area, once home to many exporters, and at other times home to newspaper presses, once the epicenter of many subculture movements. It’s been nicknamed “Little Istanbul,” as this district has a large Turkish population, and remains one of the most multicultural areas in the city. Kreuzberg Berlin is also abound with plenty of hipsters, and is one of the major hubs of the city’s booming start-up scene.The Kreuzberg neighborhood is split into two distinct areas known as SO36 (südost/southeast) and Kreuzberg 61, or SW 61 (südwesten/southwest). These follow the old post codes for the area which are no longer officially in use today. 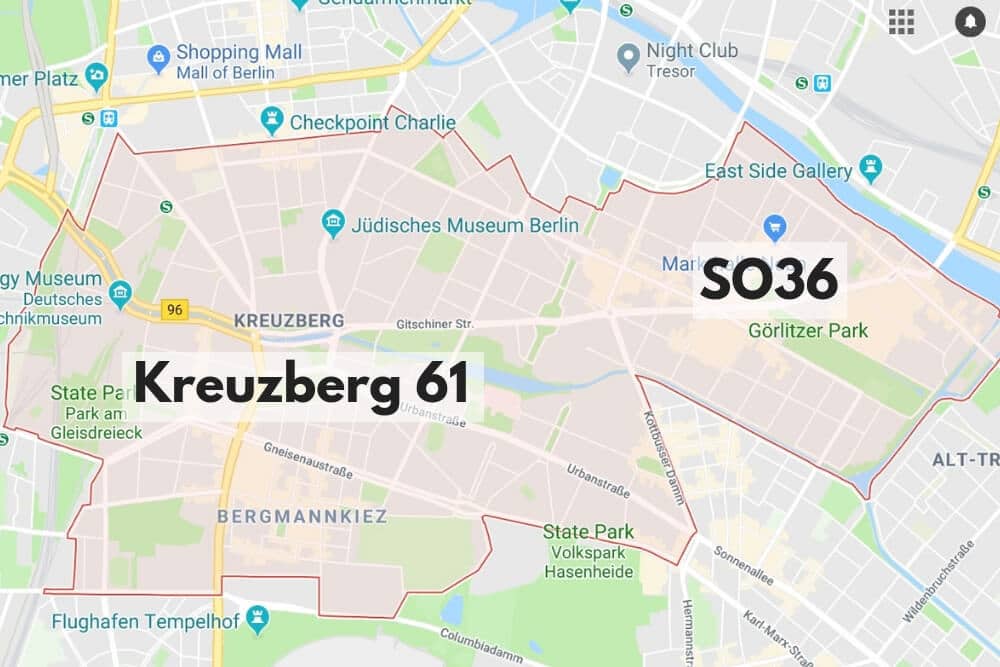 The Kreuzberg 61 area around the u-bahn station Südstern, attracts urban families in search of a leafy green, more family friendly Kreuzberg, around Bergmannstrasse and the Gräfekiez area (U-7 stations Gneisenaustrasse and Südstern).SO36, by contrast, which surrounds the U-1 stations Kottbusser Tor, Görlitzer Bahnhof, and Schlesisches Tor, has held onto the old school Kreuzberg punk vibe, with a bit of gentrified glitz added into the mix. This area attracts a younger crowd seeking that famous Kreuzberg nightlife. It’s also the center of Turkish culture in the neighborhood.

What to See: Kreuzberg Attractions

Transportation & Accessibility to Other Sites

Kreuzberg Berlin is very centrally located with excellent transportation connections that should get you all Berlin neighborhoods, and just about anywhere in the city you want to go.

The Kreuzberg neighborhood is also serviced by many bus and night bus lines, including the M41, which will take you directly to Potsdamer Platz and Berlin Hauptbahnhof, the main train station.

To get a feel for the different flavors and Kreuzberg flair, the best thing to do is stroll through different streets in the neighborhood. 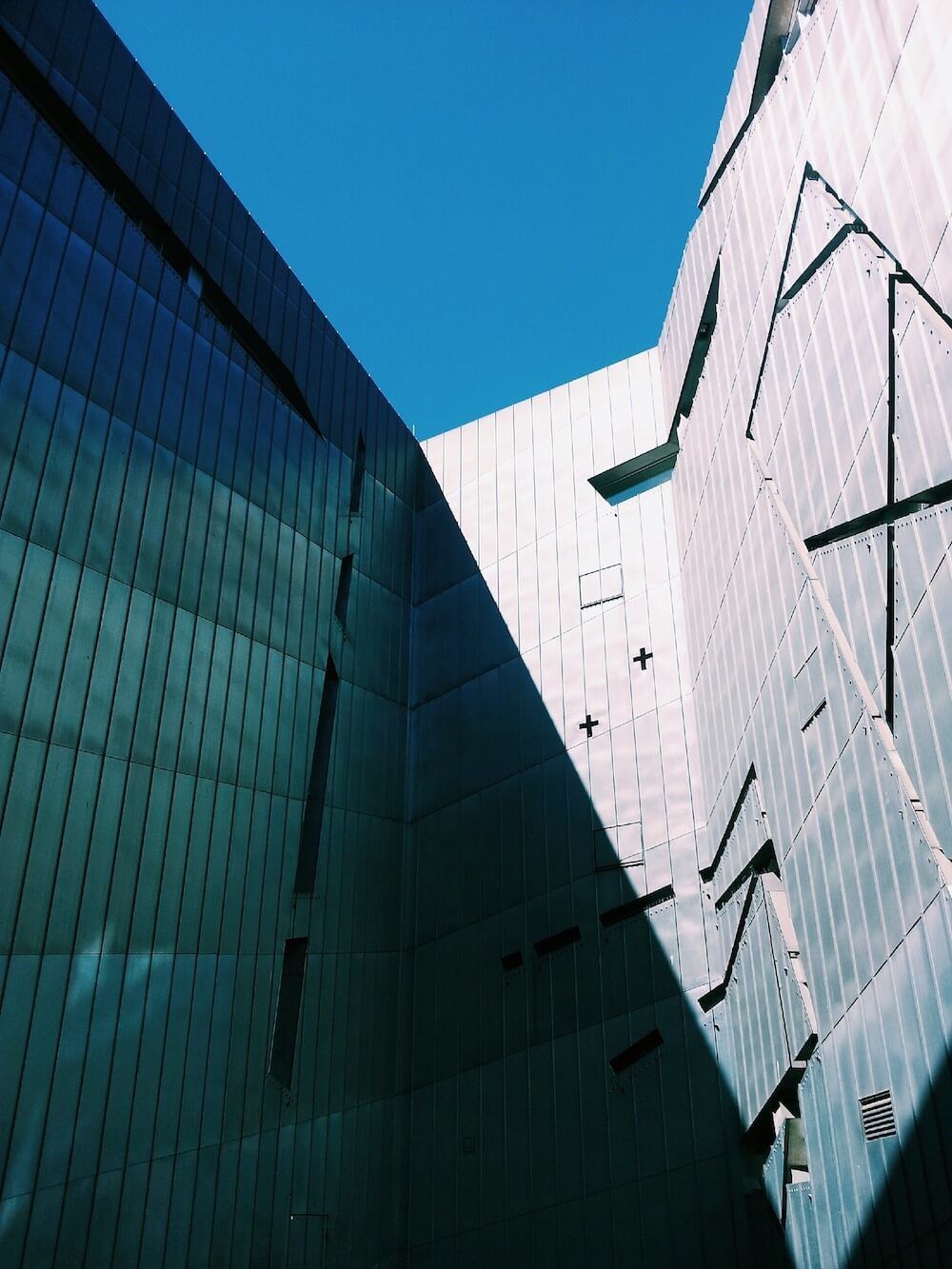 In addition to the streets suggested above, there’s a small flea market on Marheinike Platz (U-7 Gneisenaustraße) on Saturdays and Sundays from 10am to 5pm. Also, true Kreuzberg Berlin shopping wouldn’t be true without visit to the small farmer’s market with organic produce and tasty treats outside the Südstern u-bahn station on Saturdays from 10am to 4pm.

Although technically in Neukölln, immediately south of the Kreuzberg district, the Turkish Market on Maybachufer (U-8 Schönleinstrasse) is definitely worth a look. Held on Tuesdays and Fridays from 11 to 6:30, this vibrant weekly market sells food, trinkets, crafts, and snacks throughout the year.

Where to Eat in Kreuzberg

When in Kreuzberg, you definitely need to chow down on some good Turkish grub. But there is something for all taste buds in this eclectic and diverse neighborhood, so fear not.

*If you’d like a quick snack, try out lahmacun (Turkish pizza) at Misir Carsisi. 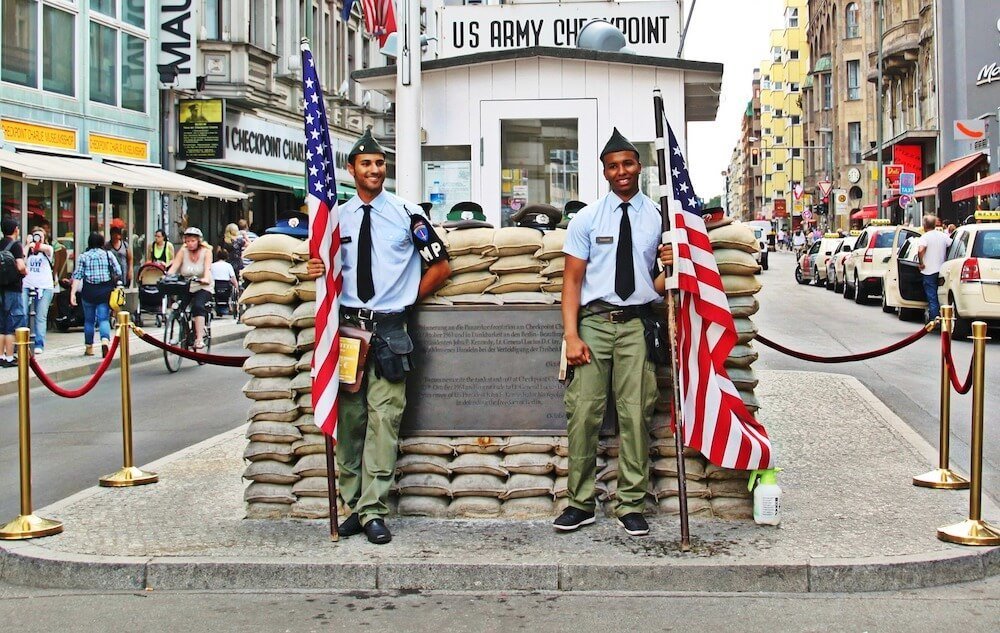 If vibrant nightlife is what you’re looking for, you’re probably better off in SO36 than the quieter Kreuzberg 61. This is where you’ll find the bars that make Berlin so cool, the infamous Kreuzberg nightlife!

Who Should Stay in Kreuzberg

Kreuzberg Berlin is for anyone who would like to get to know one of the hippest and most multicultural neighborhoods in the city, but not be turned off by a little urban grit.

Kreuzberg is also a convenient base to sightsee and connect to all other areas of the city as it’s very centrally located.

With its many parks, playgrounds, and more laid back vibe, Kreuzberg 61 is perfect for families or travelers who are not seeking wild Kreuzberg Berlin nightlife right in front of their door. If you are coming to Berlin to live it up and don’t mind a little noise on the street until the wee hours of the night, then opt for the SO36 side.

So who should stay in the Berlin Kreuzberg District?

Although Kreuzberg Berlin is less touristy than Mitte or parts of Charlottenburg, it can get a little gritty, especially in SO36, so keep this in mind before you decide to stay here.

Pros and Cons of Staying in Kreuzberg

Where to Stay in Kreuzberg Berlin

Streets such as Skalitzer Straße and Reichenberger Straße have plenty of hostels catering to the younger crowd. However, these areas tend to be noisy and more party prone, so avoid them if you’d like a little more peace and quiet.

Gräfekiez and side streets around Bergmannstraße should be more restful, but still put you in the middle of things.

Although Berlin is generally a safe city, you should be careful around the u-bahn station Kottbusser Tor. This area attracts junkies and can get sketchy at night.

Görlitzer Park is also known for its drug dealers, and it’s best to steer clear of the park once it gets dark.

Like This Kreuzberg District Guide? Pin it For Later! 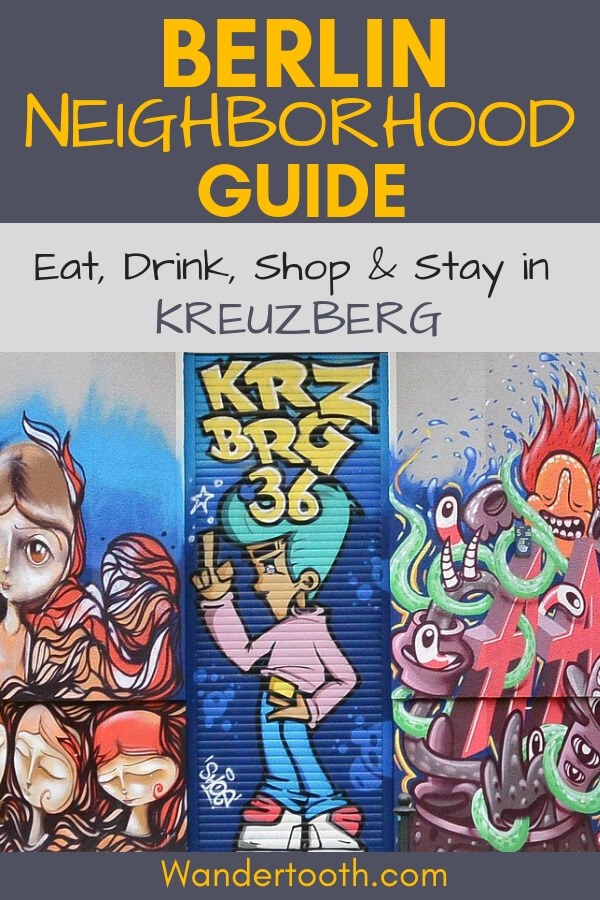