When we woke up this morning, we realized we had a weather window of several hours before the rain we’ve been experiencing for what feels like weeks came back in full force. It was a nice temperature, with a moody, overcast sky, but we figured today was as good as any to drive about 30 minutes east to Tavira, Portugal.

If you’ve been wondering where, exactly, we are, here’s a visual. This map shows Tavira in relation to Portugal as a whole, and a bit of Spain.

Before we left, I consulted our friend Google to learn a little about Tavira, and within the first few results found the claim that Tavira is “arguably the Algarve’s prettiest town.” I have to say, that claim made me skeptical; it seems that everywhere we go in the Algarve, there is some writer claiming it is the prettiest this or the quaintest that. Alte, the tiny town to which we went last week, is supposedly one of the prettiest as well. While Alte was cute, we also found it to be pretty bland.

The Algarve tourism authority seems to me to be the worst offenders when it comes to over selling the towns down here. It drives me crazy when tourism authorities try to make an attraction out of something that in no way deserves to be an attraction. Case in point, the text from the Tavira brochure/map that we bought from the tourism office for €0.50:

“Beautiful empty beaches with sands that seem to go on forever. Fields of orange trees, heavy with the scent of blossom. Then hills of fig and almond trees and houses with dazzling whitewashed walls and distinctive chimneys decorated to resemble the fine tracery of lace. And last of all, the great open spaces of the hills, where eagles soar, birds sing and flowers bloom. This is just a hint of the charms of Tavira and its municipality, an invitation to find out more.”

Seriously? Seriously? Four of those five god-awful sentences describe what could be ANY city, town, or village in the Algarve. Also: it’s Tavria, not Paris. And while it WAS pretty, and in fact turned out to be our favourite destination in the Algarve so far, it’s kind of overkill. I know I should vote with my wallet and stop buying the damn things, but I’m such a sucker for tourism office brochures…I just can’t help myself.

Anyway, we left around noon and were in Tavira by 12:30. On the way, we amused ourselves in our typical way. Speaking in foreign accents and trying to stump each other with the things that make you go ‘huh’ of the English language. Today, Geoff pointed out the problems with the word reputedly: if something is reputed, then mustn’t there also be the possibility that something can simply be puted? Have that conversation using your best Eastern European accent, and you’ve got a pretty good idea of what our drive to Tavira was like.

Despite the hype, and our corresponding skepticism, Tavira, Portugal turns out to be our kind of town. At the end of the day, we decided that if a house sit came up in Tavira, we’d apply. And that is pretty much the strongest endorsement we have these days.

One of the things I liked about Tavira is that it’s built on the banks of the River Gilão, with seven or eight bridges spanning across the river, connecting the two sides of the town. In some ways, and if I’m really stretching, it reminded me of a mini Prague. 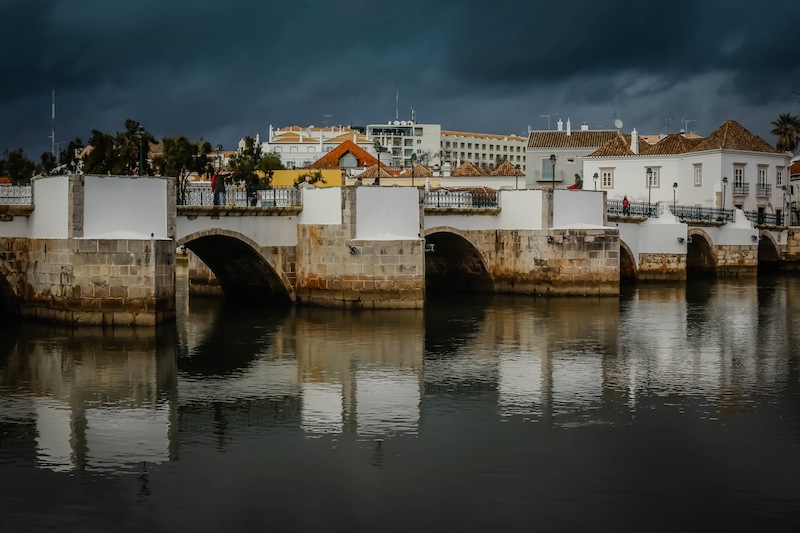 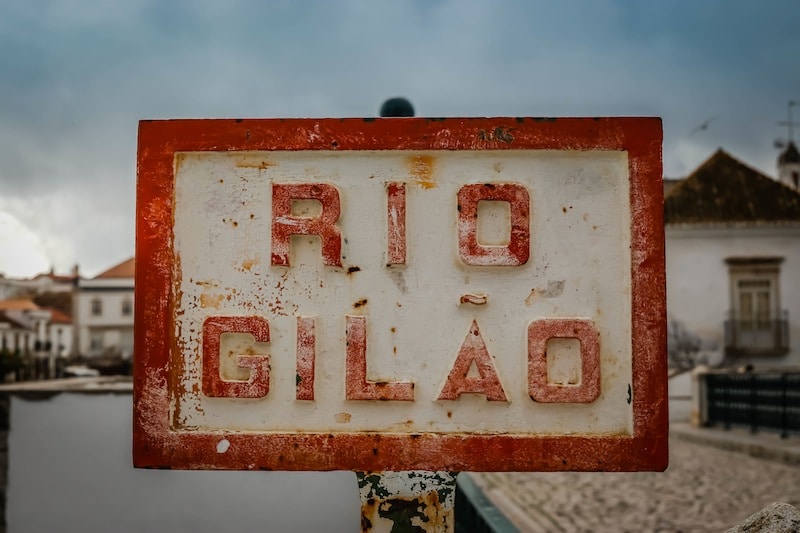 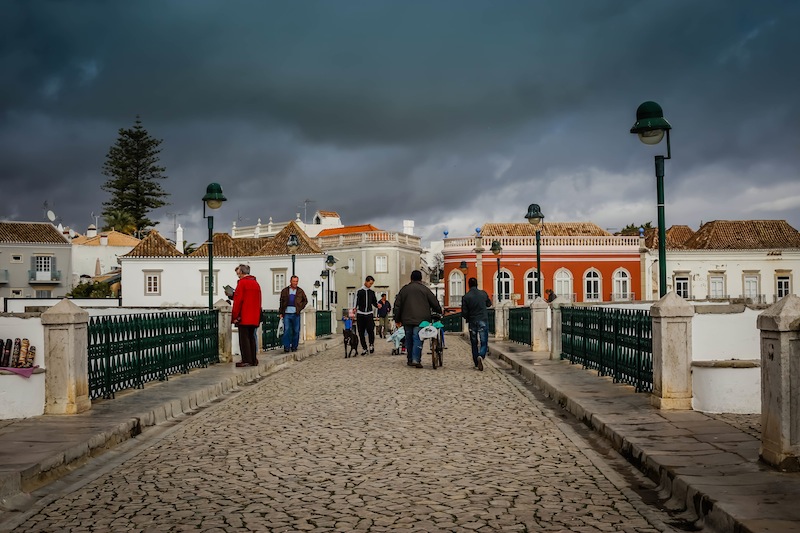 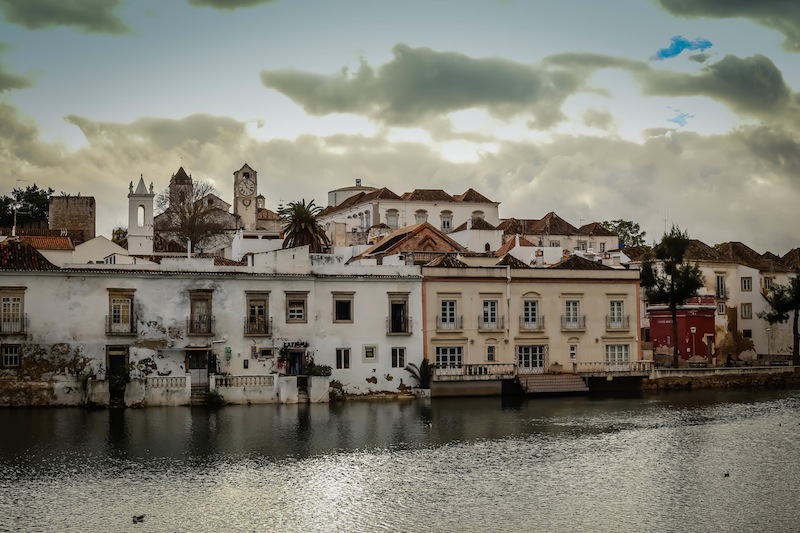 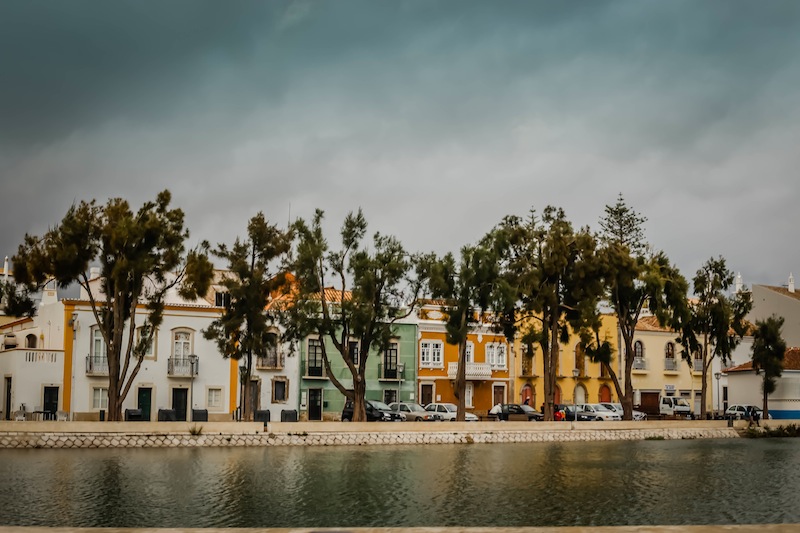 Tavira also has a nice 13th Century castle, which was built by the Moors. Although the castle was partially destroyed in a 1755 earthquake, parts of it remain, and there one section at the top of a hill that provides great views of the river and east bank of Tavira. 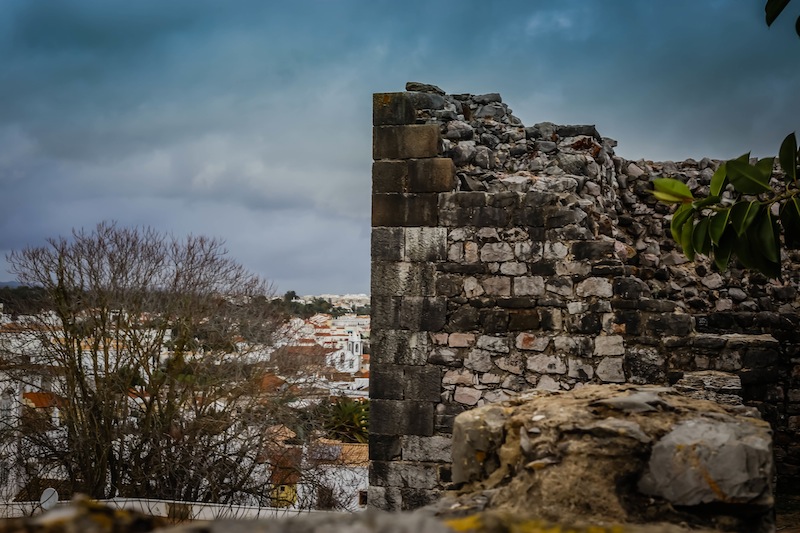 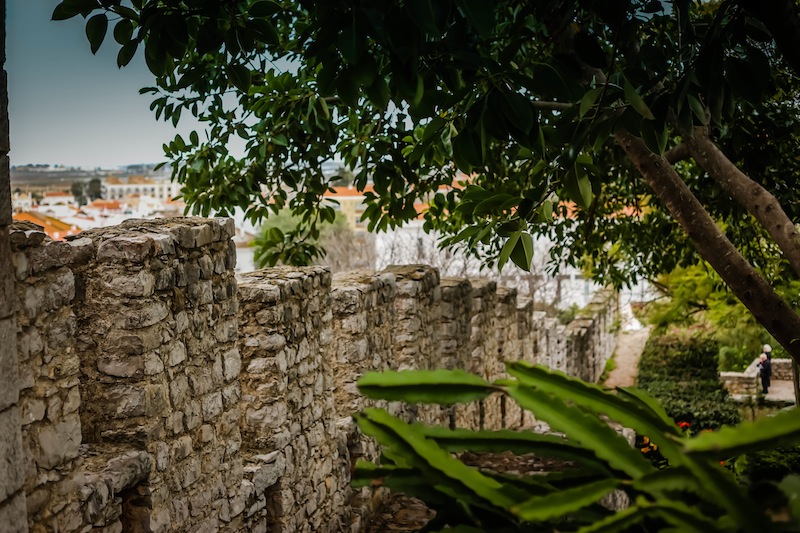 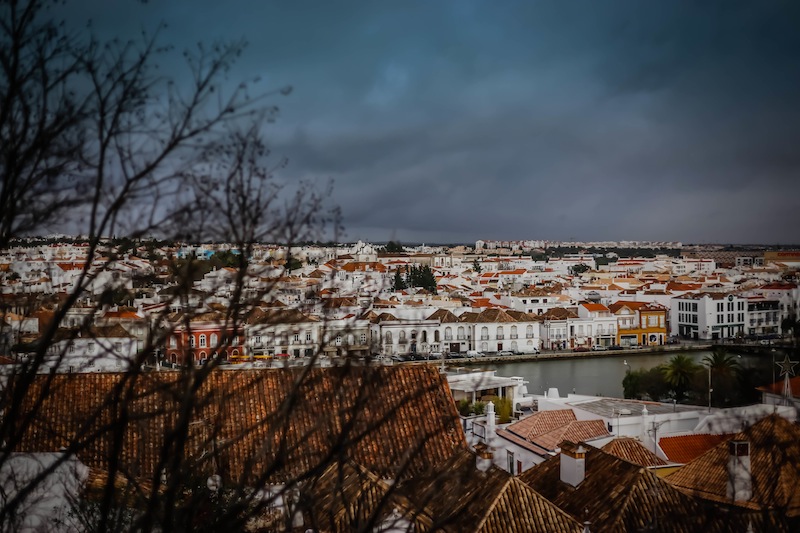 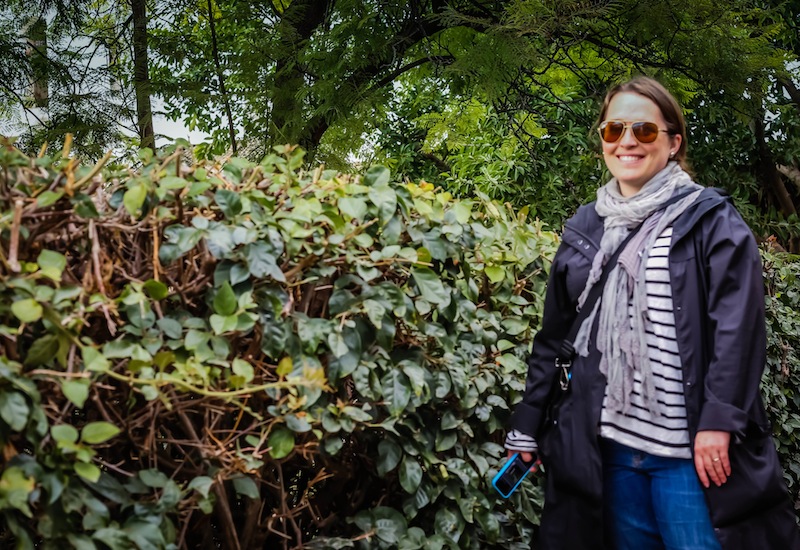 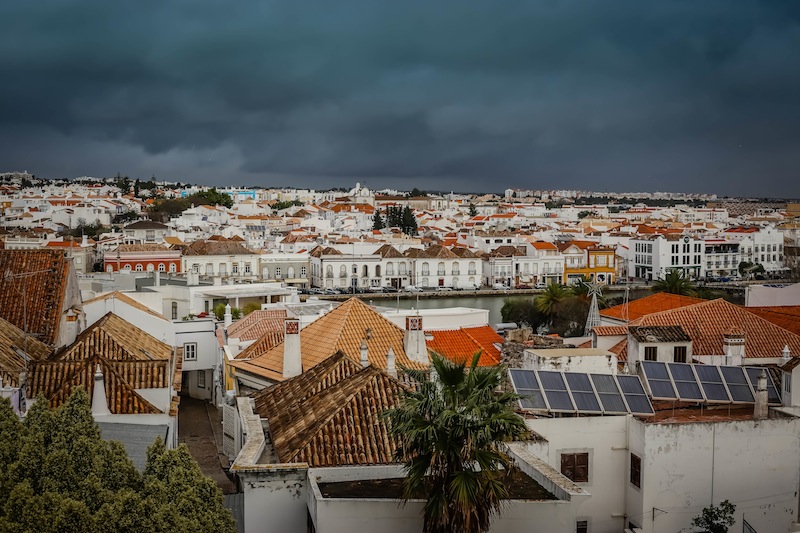 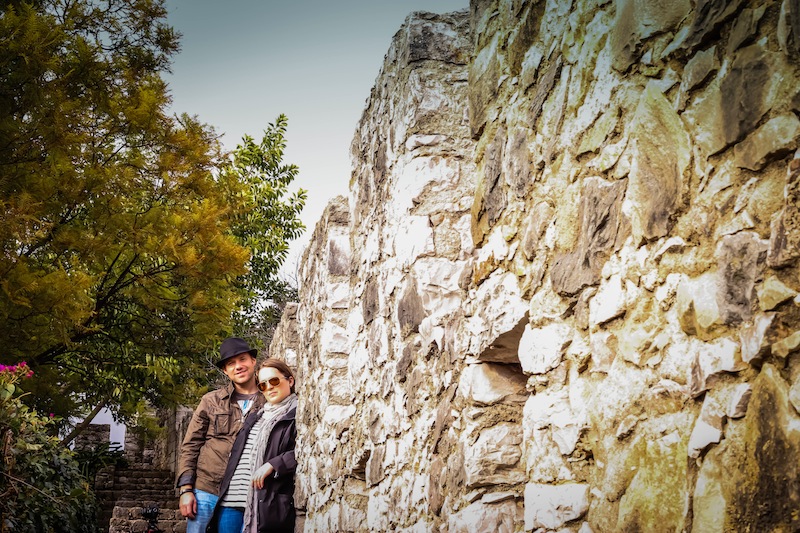 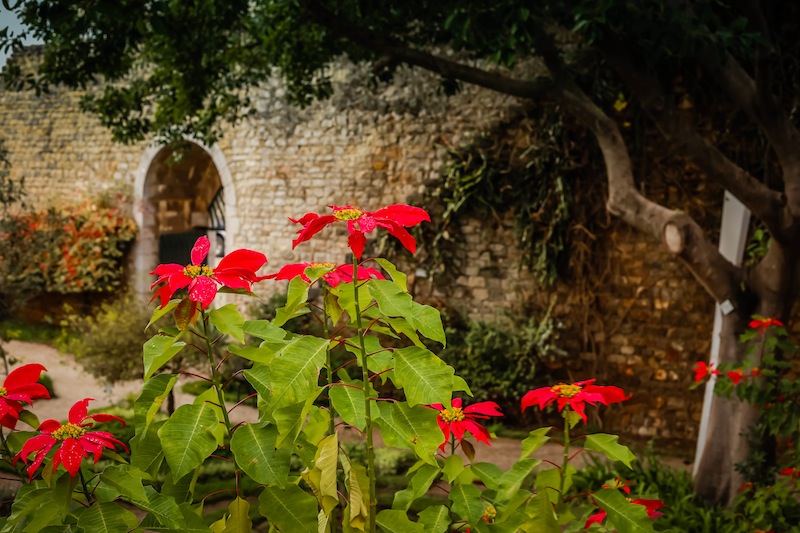 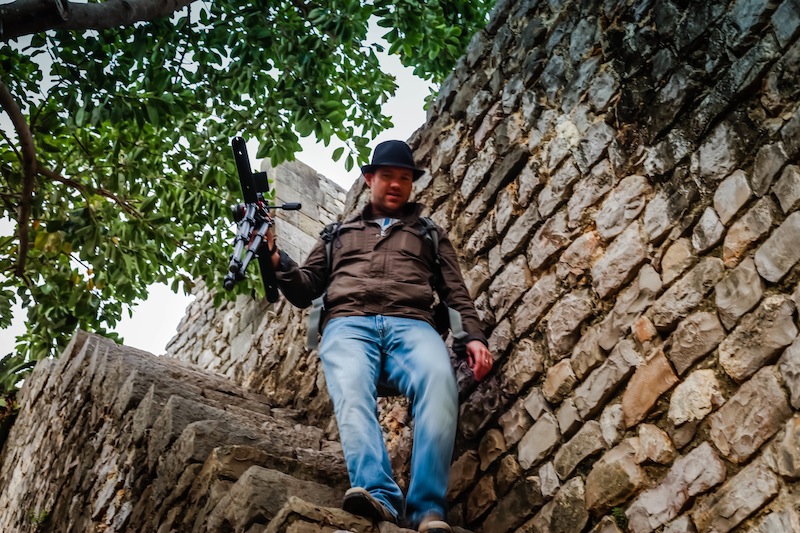 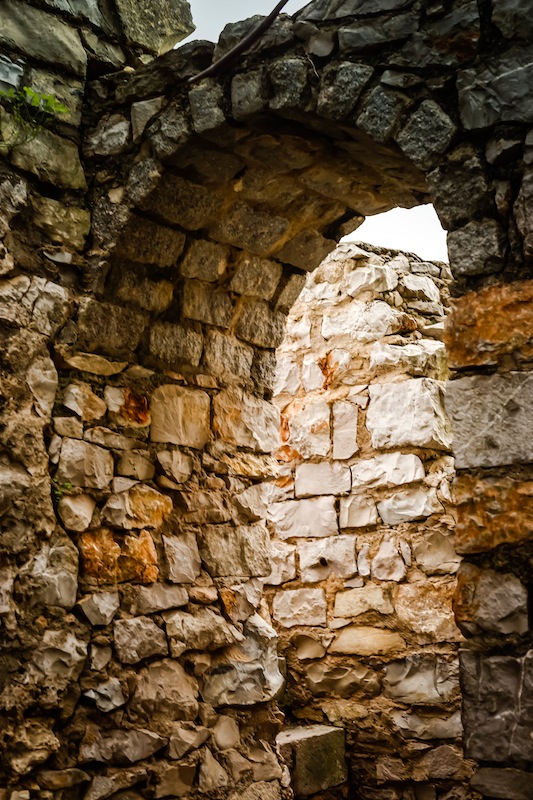 Tavira is pretty famous for beaches, but it wasn’t really a beach day. It also has a lot of churches – either 22 or 37, depending on which Google link you click on. We saw one of them (from the outside), before getting hungry and retiring to a sidewalk cafe for our favourite cheap Portuguese lunch: tostas mistas (ham and cheese) and tostas fiembre (ham). Tostas are cheap sandwiches, grilled panini style and filled with meat, cheese, or meat and cheese…they usually cost between €2 and €3 each, and have thus become our favoured lunch item when we’re out during the day. 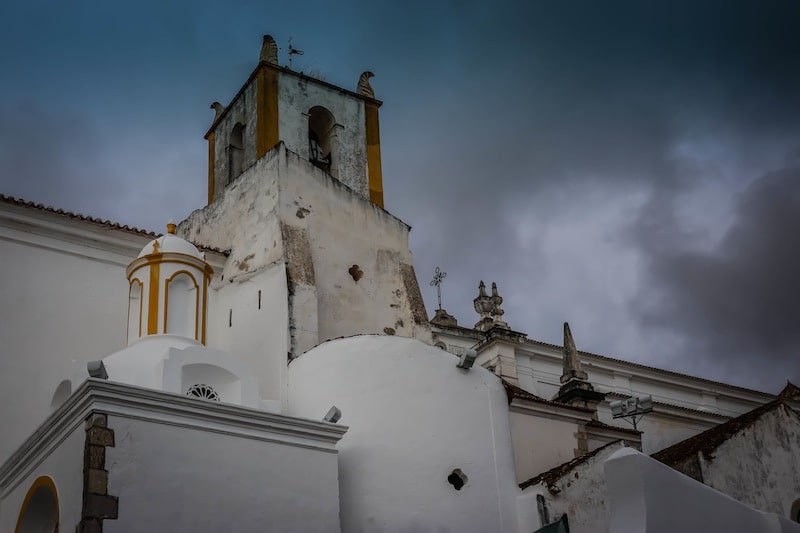 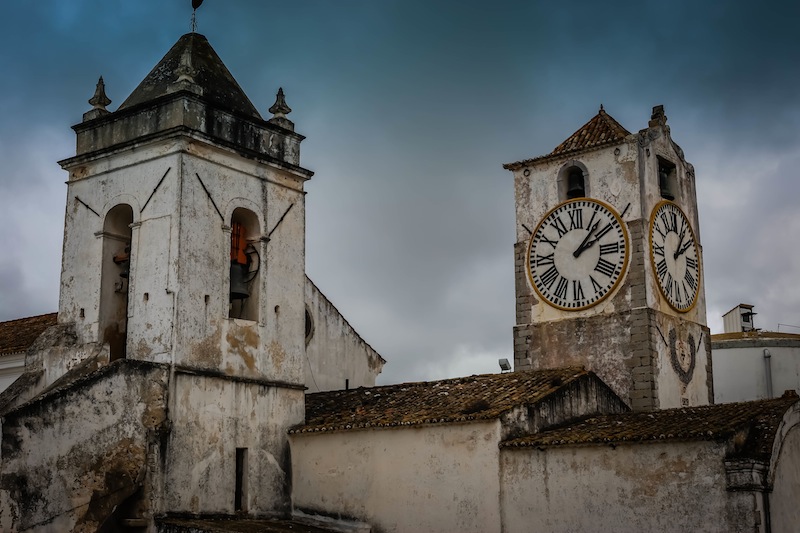 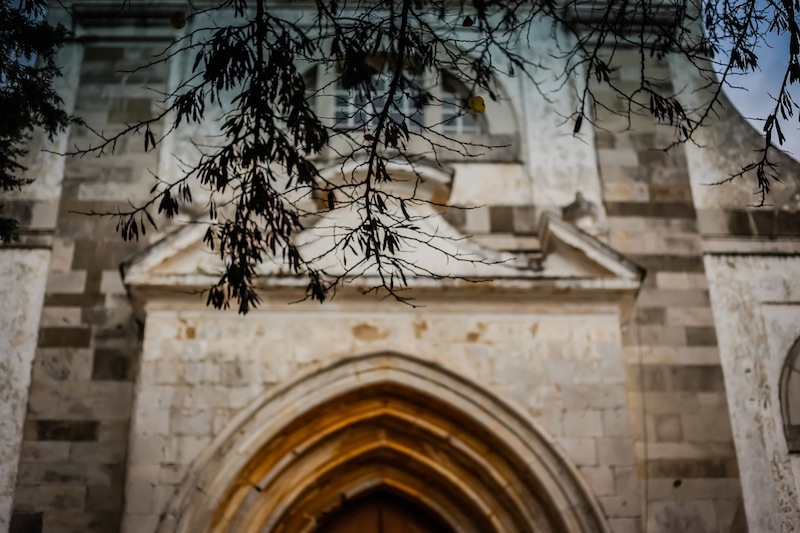 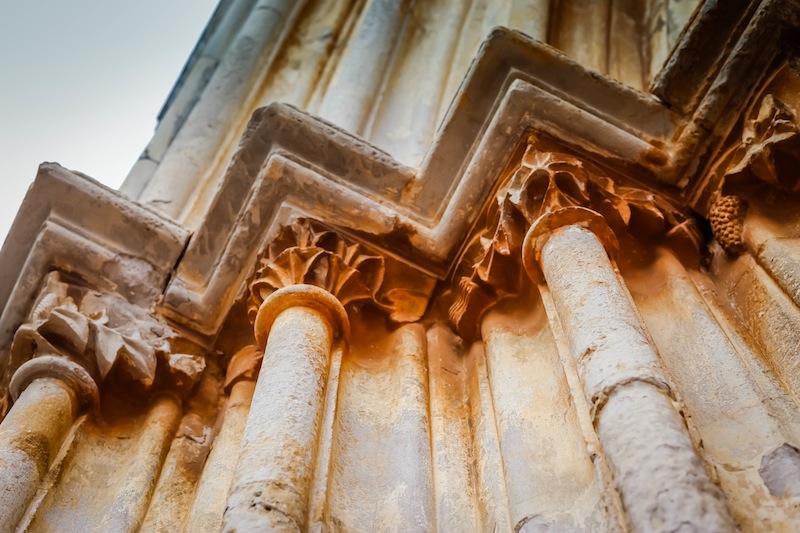 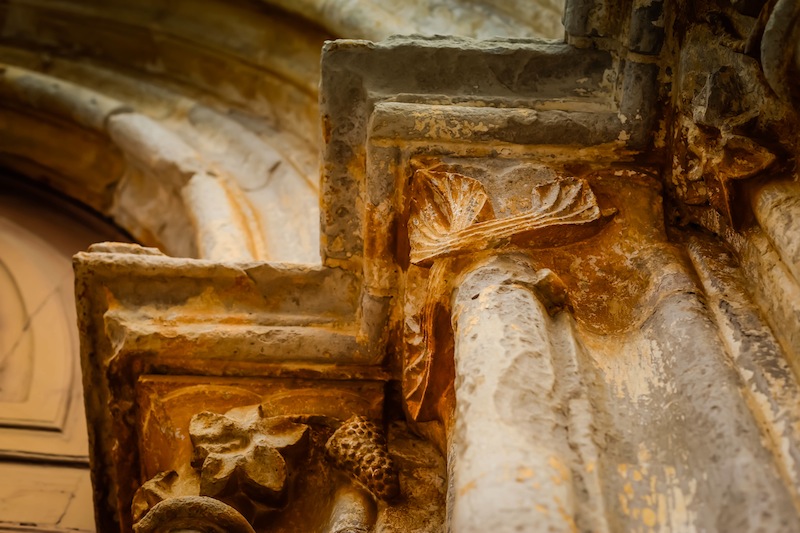 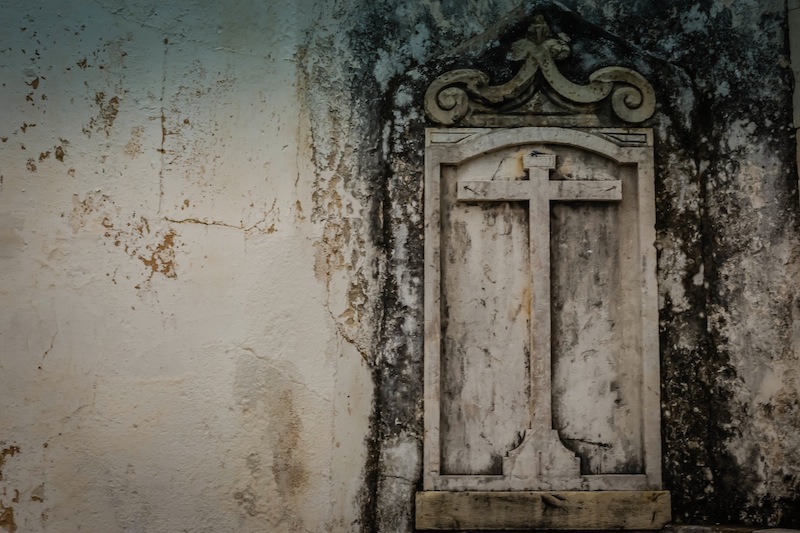 For the rest of the afternoon, we simply wandered through Tavria, with no particular destination in mind. One of the things we liked about Tavira, although you wouldn’t know it from these photos, was it seemed more vibrant than many of the places we’ve been in the Algarve. Much of the Algarve is very pretty, but also very sleepy. Tavira seemed to strike a nice balance. 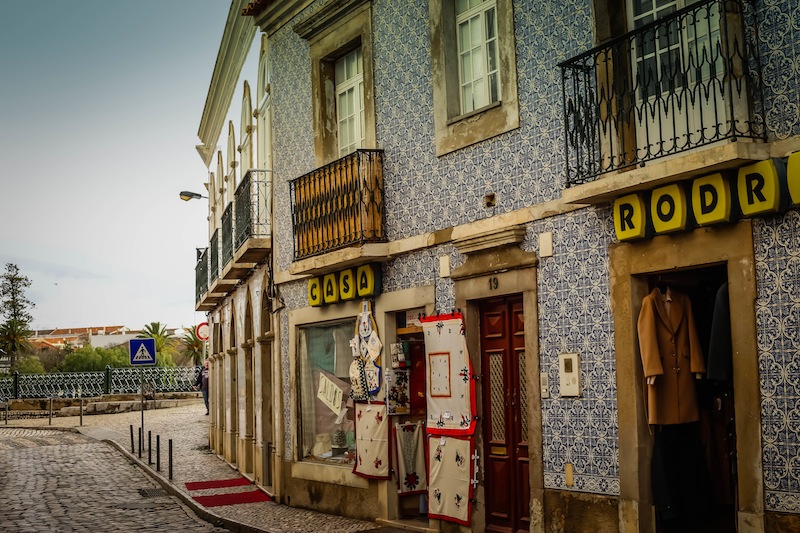 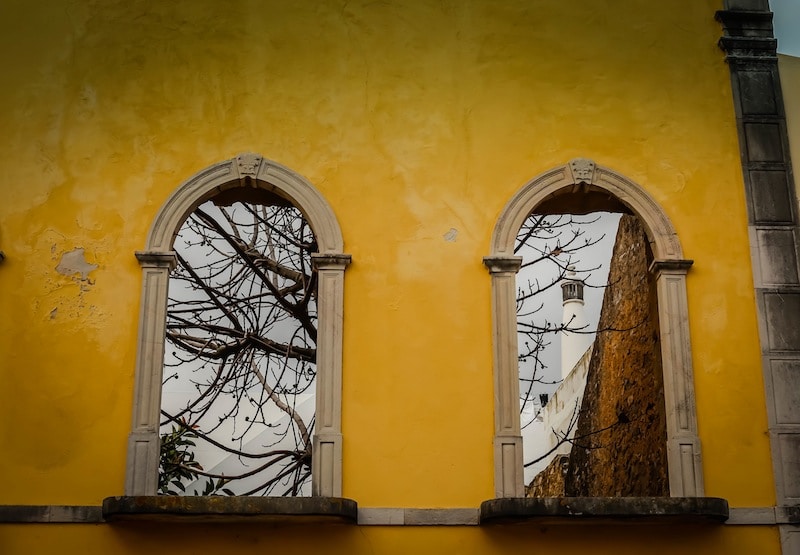 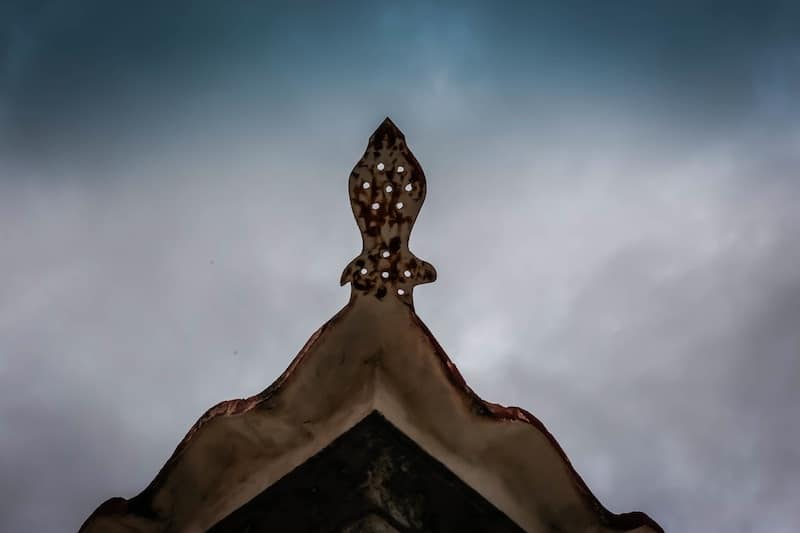 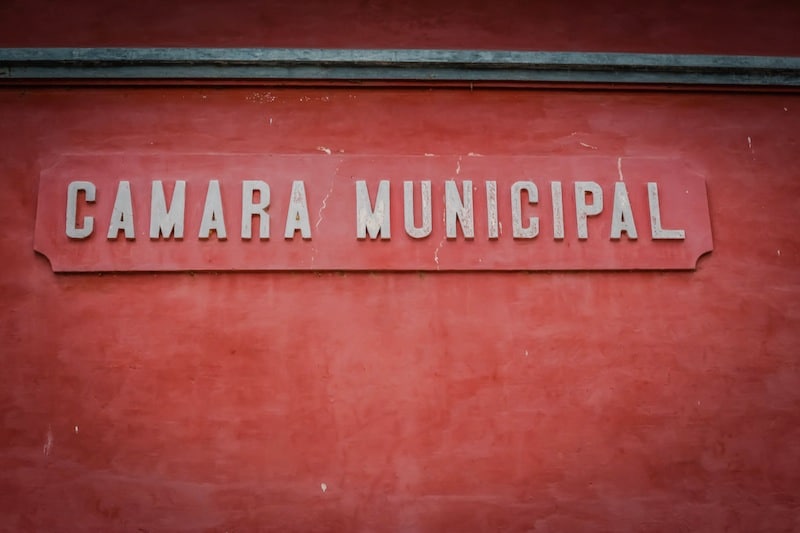 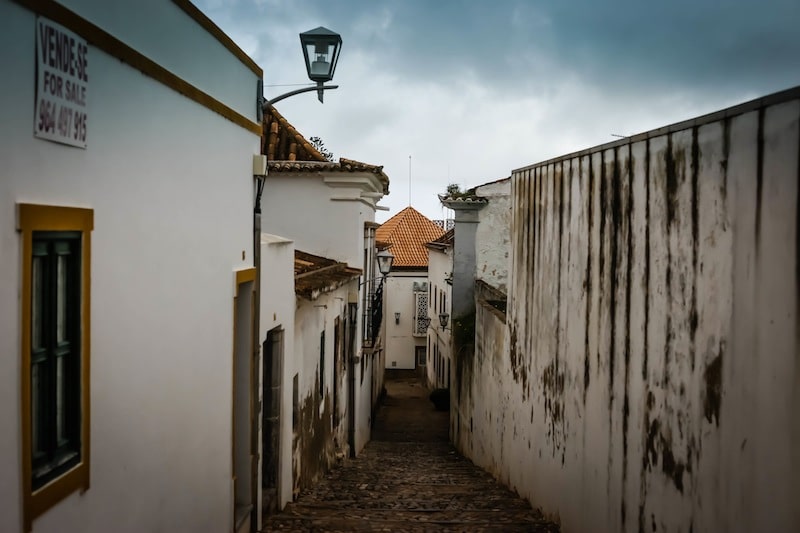 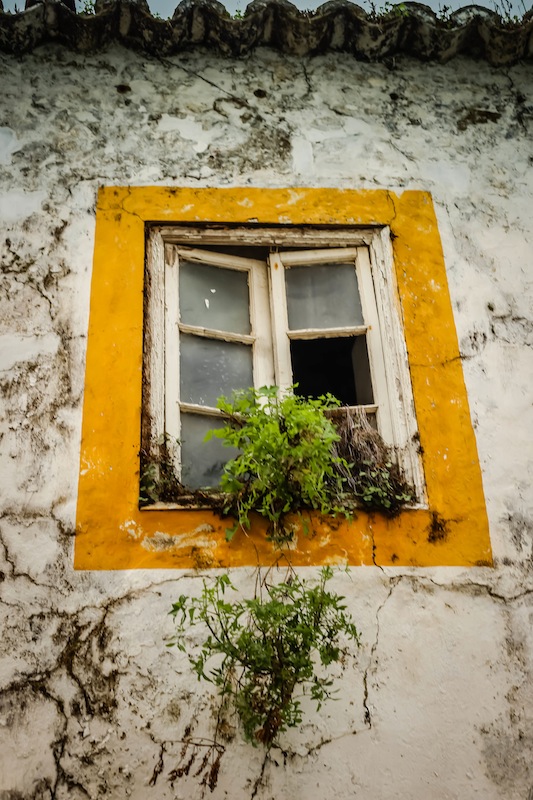 We left just in time, with the sky opening up just as we hit the highway. 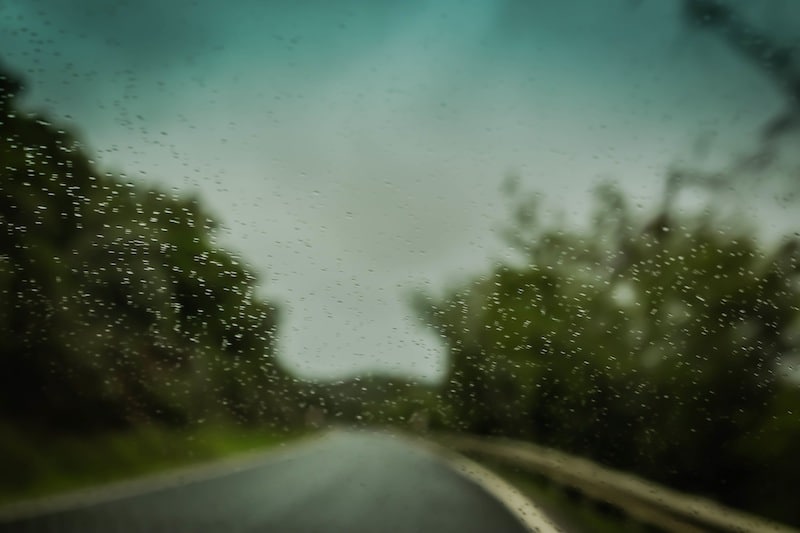 When we got home, we had to deal with one of the issues of the morning: our drive to Tavira had actually started rather inauspiciously when, as we drove down the lane to the main road, we found a dead black cat smack dab in the middle of the road. For someone who is superstitious and feels a black cat crossing their path is a bad omen, I would imagine this would be particularly distressing. For those of us who aren’t superstitious, the bad luck didn’t bother us as much as the dead kitty…I felt sick to my stomach for at least 20 minutes after that.

Not knowing what to do, we took a detour past the vet for some advice. This is one of those things that seems infinitely more difficult in a foreign country: we knew we should do something, we just had no idea what. The vet gave us the phone number of what we think is the municipal vet. We called, but given we have know idea how to describe where we’re staying, it was pretty hopeless. After about three phone calls back and forth with the vet, the cat’s body is still on our lane. Hopefully a Portuguese person more competent than I will call tomorrow, and we won’t have to come face-to-body with the unfortunate kitty every time we leave the house.

And so ends another day house sitting in Portugal.