As noted, I’m working on writing about things as they happen, which is likely much easier than trying to recall several weeks later what I thought of a place. Novel, I know. One of the things that has struck me about Portugal is just how decorative it is. Not necessarily the people, or the landscape, which is beautiful. I’m talking about the ground upon which we walk and the doors upon which we knock (*self-five for the rhyme*).

Portugal’s signature tiles, or azulejos, are an obvious starting place, as they decorate buildings throughout the country.

Azulejos are common throughout these parts – some iteration of the things can be found throughout Spain, Portugal, Morocco, and Egypt. That said, they’re a big deal in Portugal, and have become engrained in Portuguese architecture, either as beautiful patterns or ceramic tapestries that tell the stories of Portugal’s long and pretty exciting history. There’s even an azulejos museum in Lisbon, which, (sadly for me, and happily for Geoff) we have yet to visit.

Imagine having beautiful decorations in public, outdoor spaces all over, teaching you about the history of your country. Not to dig on Sheila Copps here (she is a former Canadian politician, for all y’all non-Canuck readers), but that seriously beats those “a part of our heritage” commercials back in the 1990s (warning: do not click link unless you want to get lost in the depths of Youtube).

The term — azulejo — was introduced to the Portuguese by the Moors, and the application seems to follow the convention, common in Islamic art, of obliterating every last millimetre of white space (think Where’s Waldo, where the entire page is filled with stuff). Seville, which is about two hours east of where we’re house sitting in Portugal, was the epicentre of azulejo production back in the 15th Century. Portugal continued to import the tiles from Spain and elsewhere until the mid-1500s, at which point foreign potters began migrating to Portugal, bringing with them new skills that allowed painting directly onto the tiles (previously, strings were used…somehow).

Over the centuries, different styles went in and out of fashion, and these can be seen throughout Portugal today. It was really in the 1700s though when things started to get a bit crazy, and the azulejo saw its heyday in Portugal, getting slapped on pretty much anything and everything.

However, it’s not just the azulejos that make Portugal’s cities and villages beautiful to walk through. The areas of the country we’ve seen have buildings covered in lovely little details, such as the Algarve’s parapeets and chimneys to beautiful door-knockers and doorbells.

Even the ground in the old parts of towns is beautiful.

And because I’m feeling share-y, here are a few more pictures of Portugal’s pretty details. 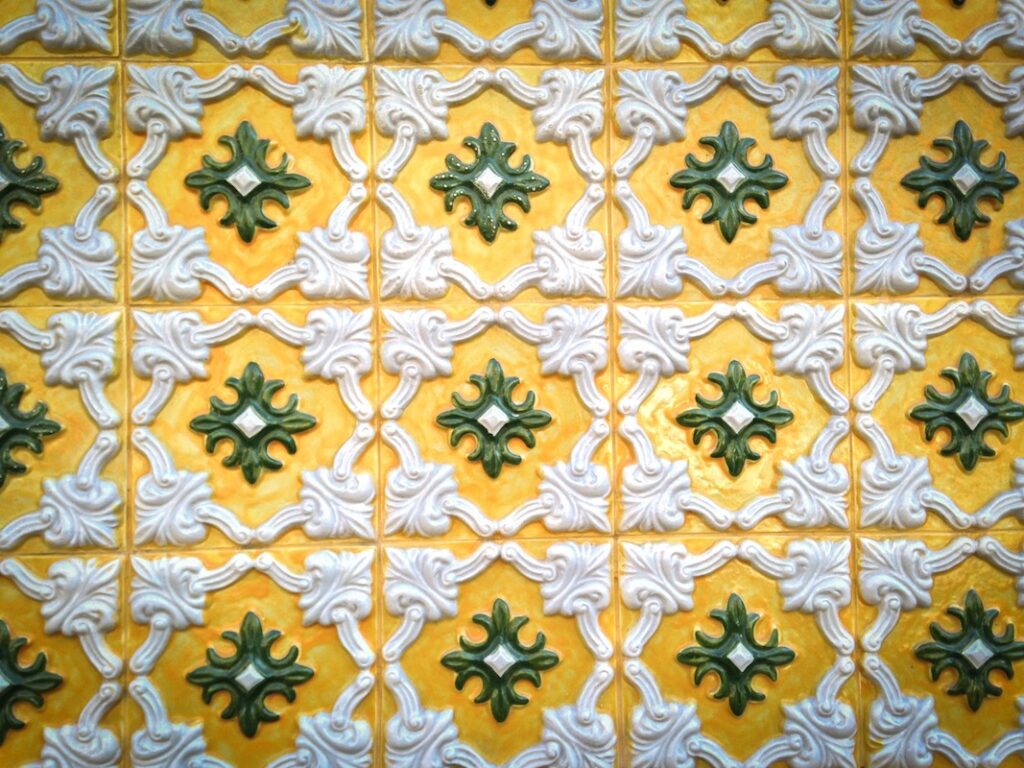 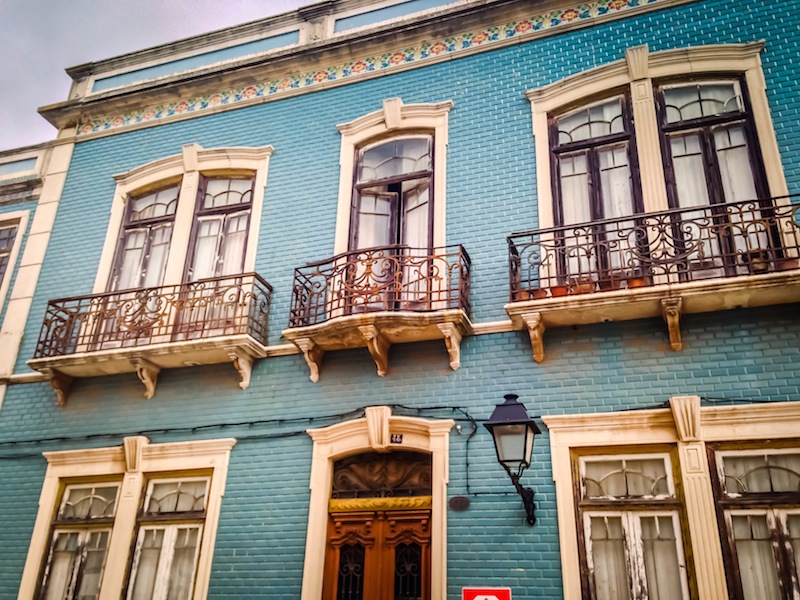 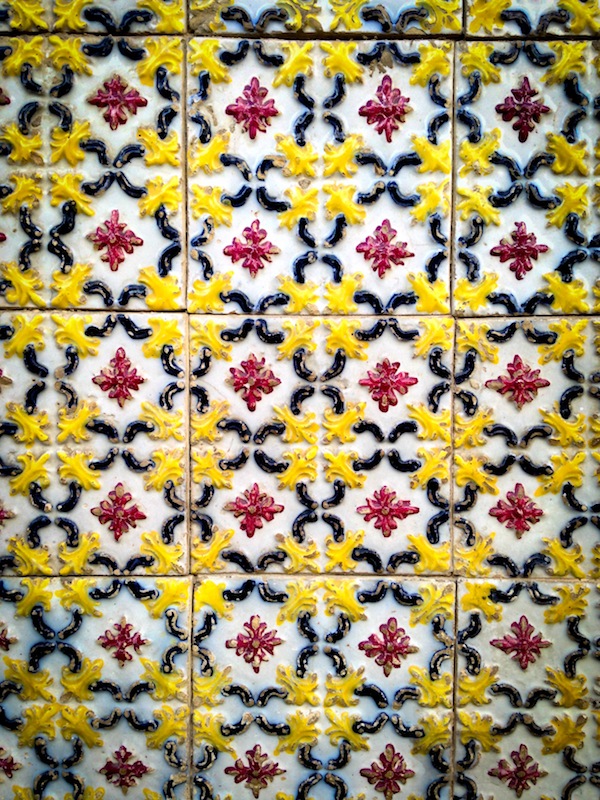 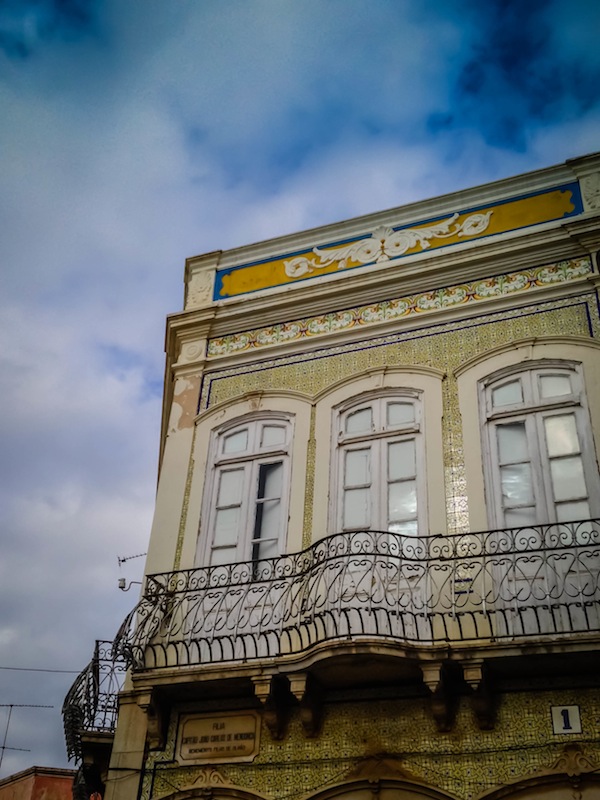 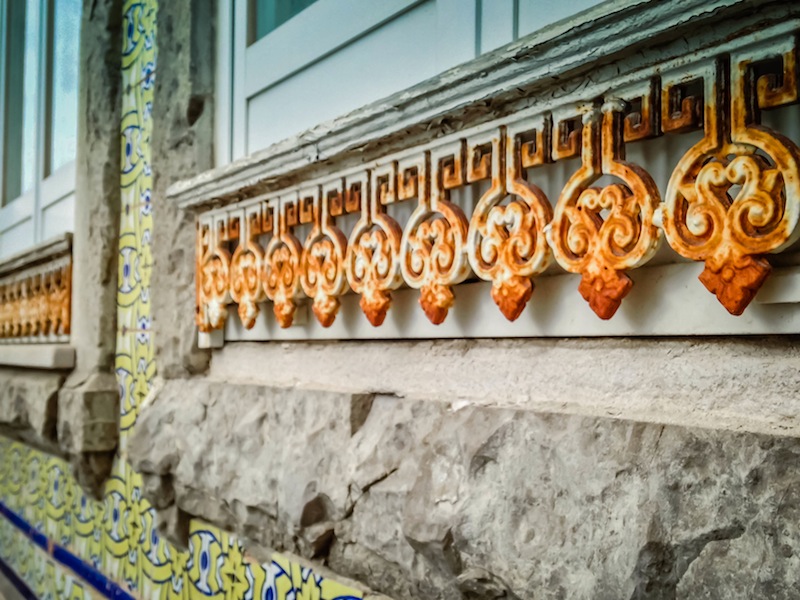 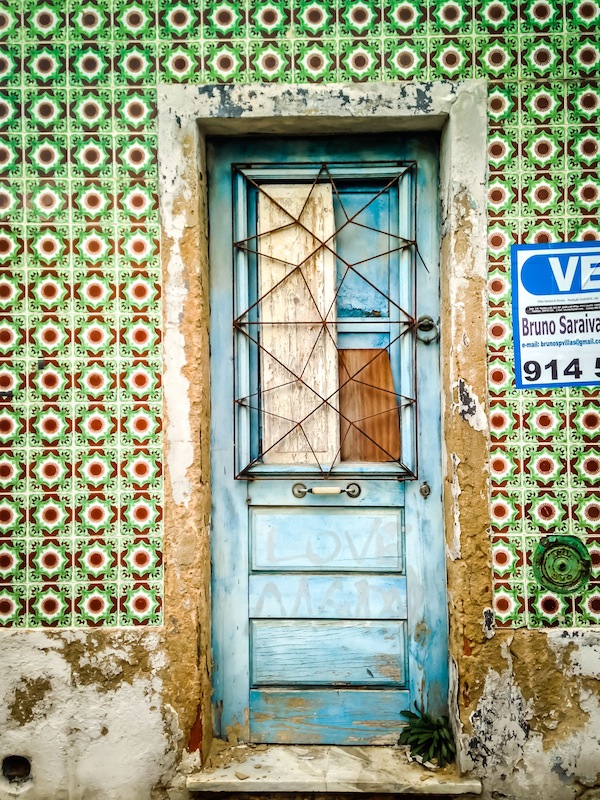 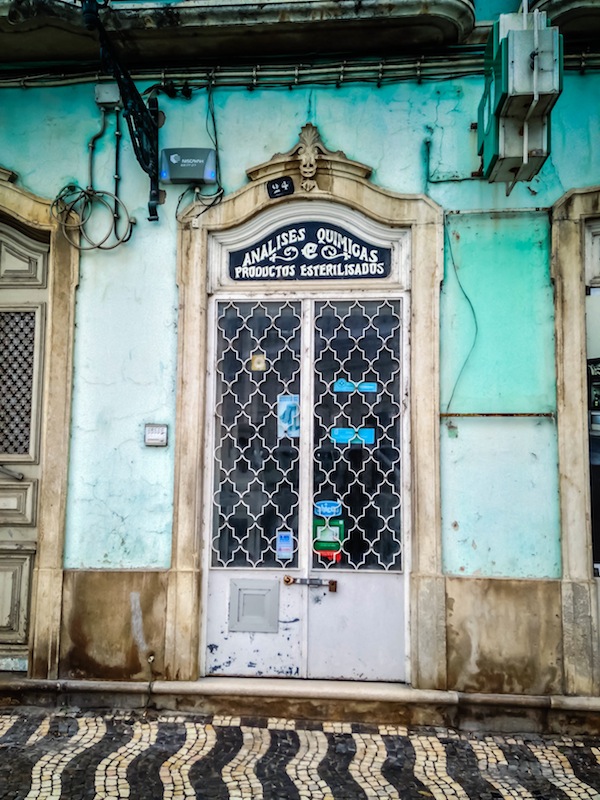 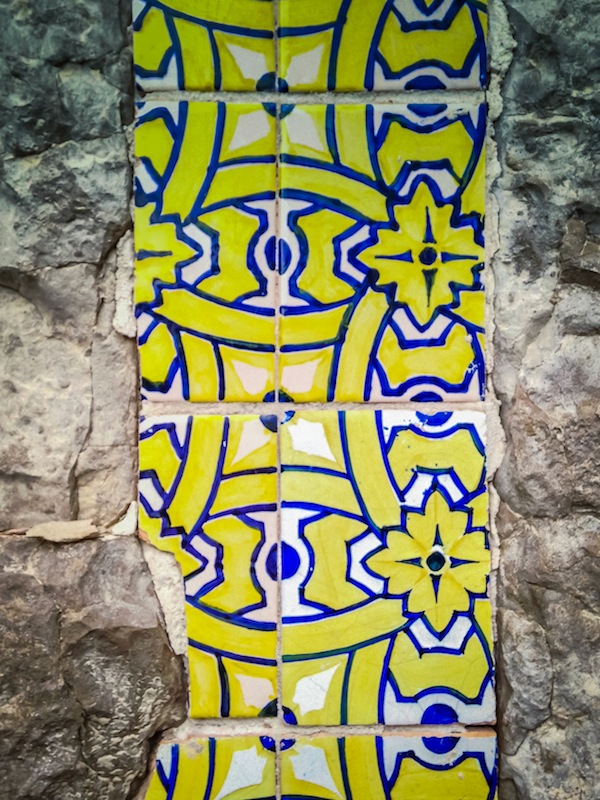 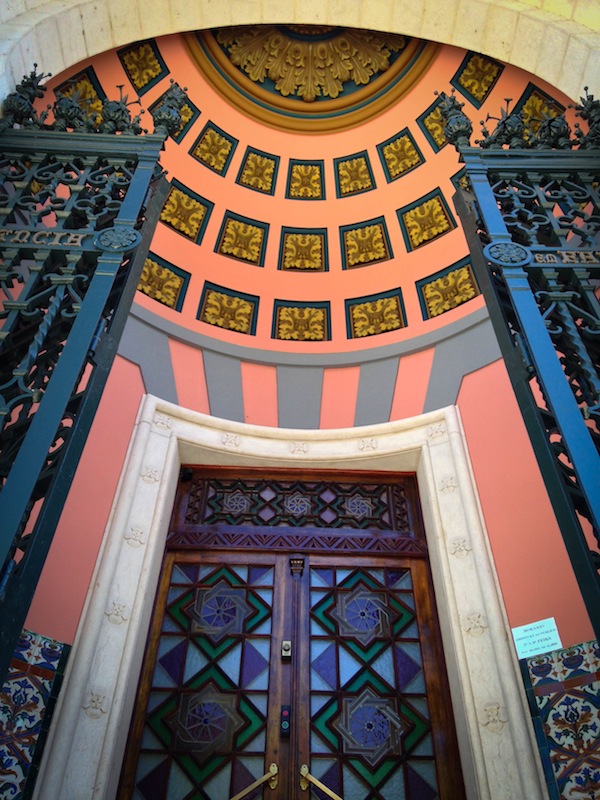 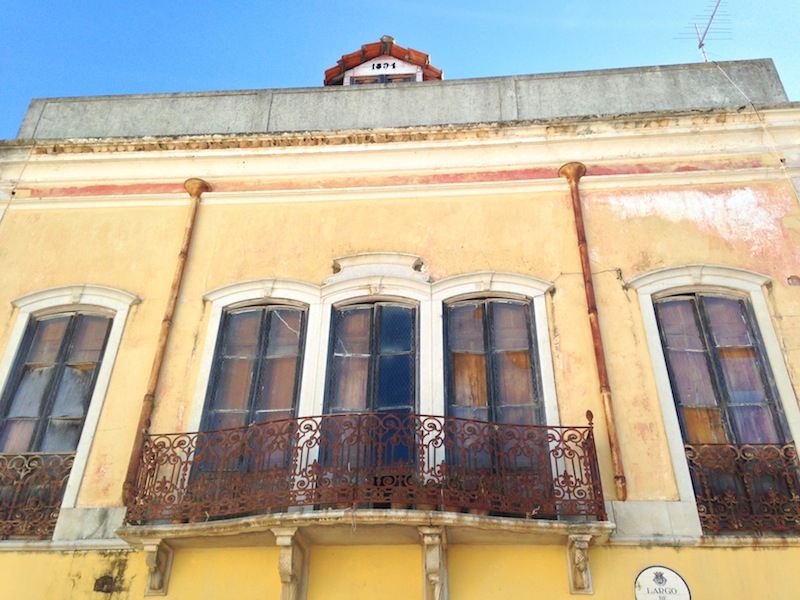 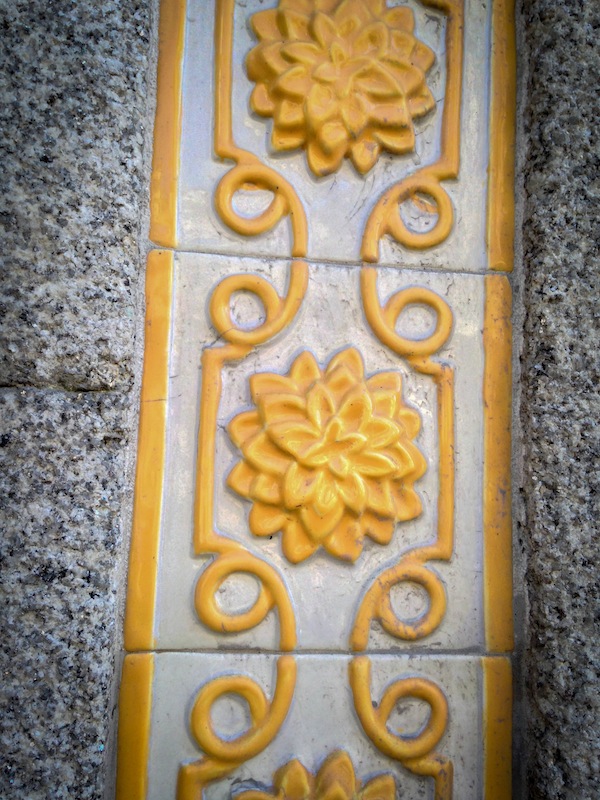 1 thought on “Portugal’s Pretty Details – Azulejos and Others”