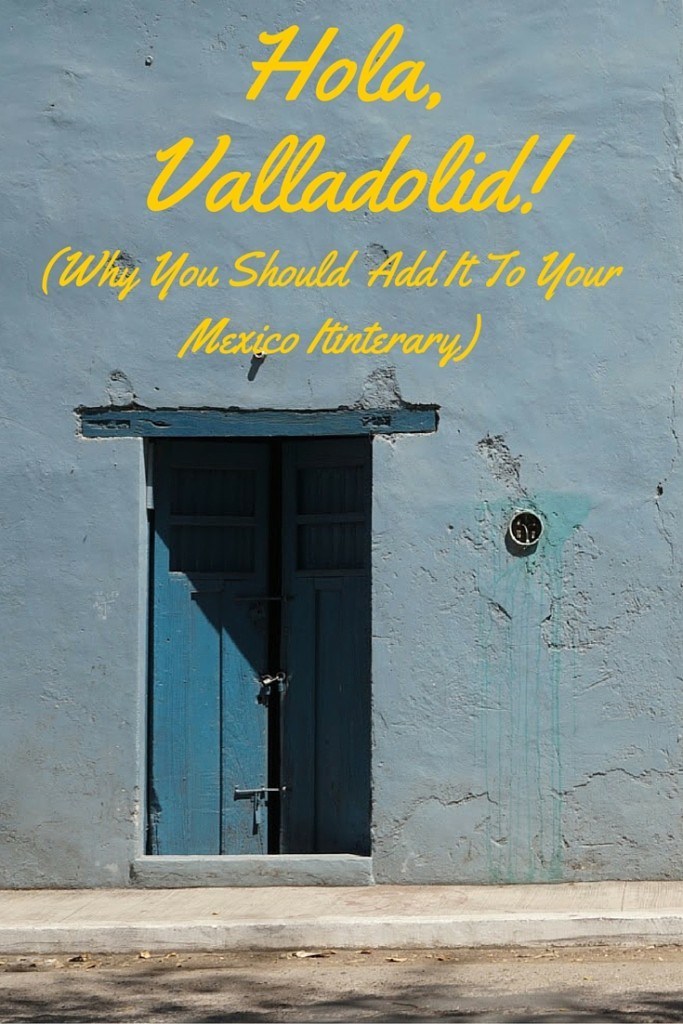 Dusk falls as we stroll from our Airbnb rental in the San Juan district into centro, fresh-faced after a week at the beach and excited to explore Valladolid Mexico, a small city near the eastern border of Yucatan state. As we walk along Calle 42 to the central Parque Francisco Canton, the sounds of Mexico we’ve come to know — the raucous barks and howls of countless dogs, the roars and smoky puffs of old diesel buses, and the loud rhythmic music of everyday life — fades into the barely discernible distance, replaced by a high-pitched, multi-layered screaming that halts all conversation and overpowers…everything.

We reach the southwest wall of San Gervasio Church, and see what’s causing the commotion: hundreds of screeching black birds coming in to roost in the laurel trees of Parque Francisco Canton.

We cross the road — unwise, in hindsight — walking into Valladolid’s defacto zocalo to check out the evening happenings, and to peruse the marquesita vendors on the fringes. Geoff points at the copious splatters of bird crap on the pathways, and we edge left to decrease our chances of being targets.

Seconds after Geoff’s observation, I get pooped on by an unknown, feathered assailant. This is the first of two poopings I’ll suffer in as many days, and yet, I already love Valladolid.

After being generally disappointed with Merida, Valladolid feels like a deep, calming breath, and like a place we want to be. Fairly or not, we often judge cities immediately, treating our knee-jerk reactions to the city’s intangible vibe as truth, after only a few hours or days. In Oaxaca, we turned out to be wrong, and the city grew on us slowly and steadily over time. Maybe the same thing would have happened with Merida had we stuck around long enough. But with Valladolid, we almost immediately liked the place, even after being on the receiving end of a “welcome” pooping.

Less than two hours from Playa del Carmen or Cancun, Valladolid feels like a world away.

For one, it’s clean and calm. There are no tourists wandering the streets wearing lucha libre masks, drinking from open cans of Corona, and yelling obnoxiously in English (a description of an actual person that we saw this past week in Playa Del Carmen). Most tourists pass through on a day trip to nearby Chichen Itza, and the few that stick around seem to do so for a genuine interest in Mexican and Yucatecan culture, food and life. Ditto, the international brands of Playa and Cancun. H&M and Starbucks are nowhere to be found, with local shops and restaurants dominating, and a few South American and European-owned boutiques thrown into the mix.

But you can’t describe a great city by saying only what it isn’t.

Like Oaxaca, Valladolid is a mix of both indigenous and Spanish influences, being built, in fact, atop the forcibly dismantled Maya town of Zaci.

The Mayan influence is everywhere: extraordinarily petite women in crisp white huipil blouses and dresses, decorated with bright, embroidered flowers in every colour; an abundant selection of Yucatecan food, pulling from the Mayan heritage and ingredients of the area; and, of course, nearby Chichen Itza, one of the largest Mayan cities.

On the Spanish side, the central part of town could easily serve as a movie set for “colonial Mexico:” cobblestones; low-rise, colourful buildings; a Spanish colonial cathedral.

It’s the combo of all of this, and the fact that Valladolid is so clean, and feels so safe, that make it such a find, a place worth more than a few hours. 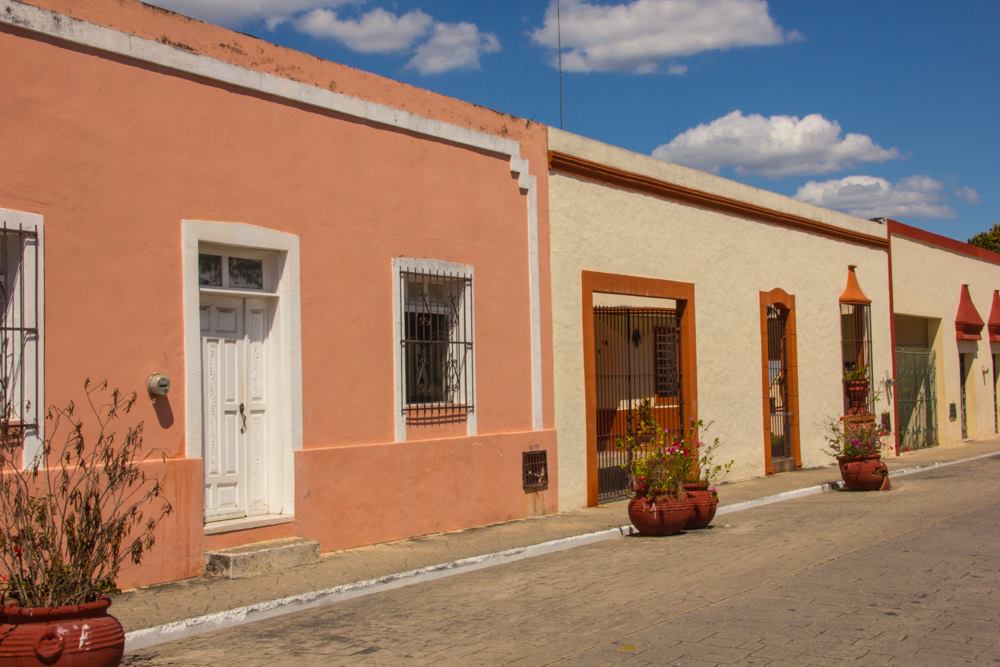 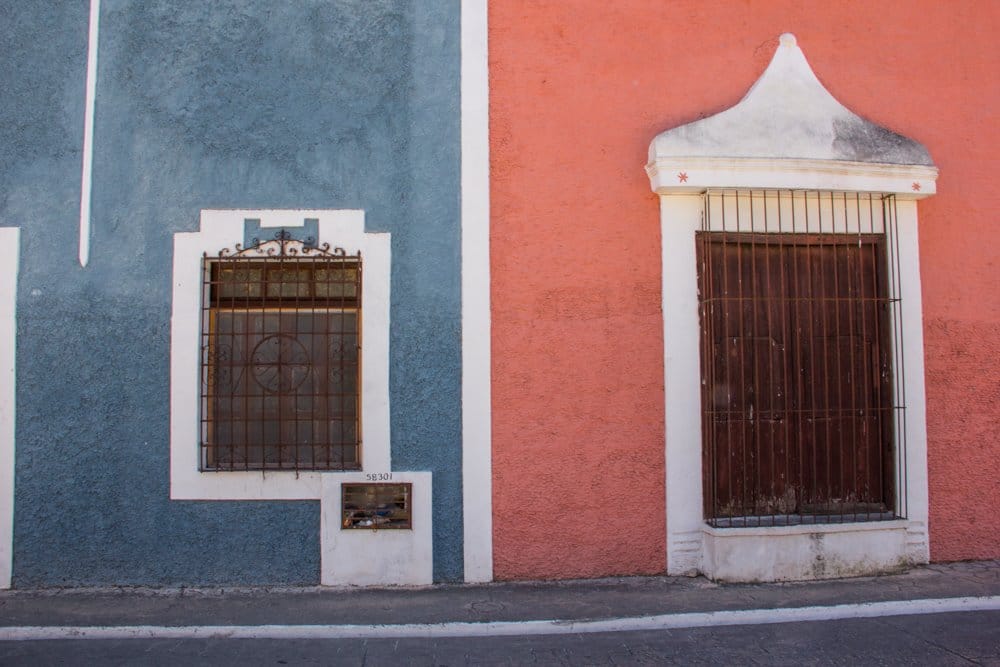 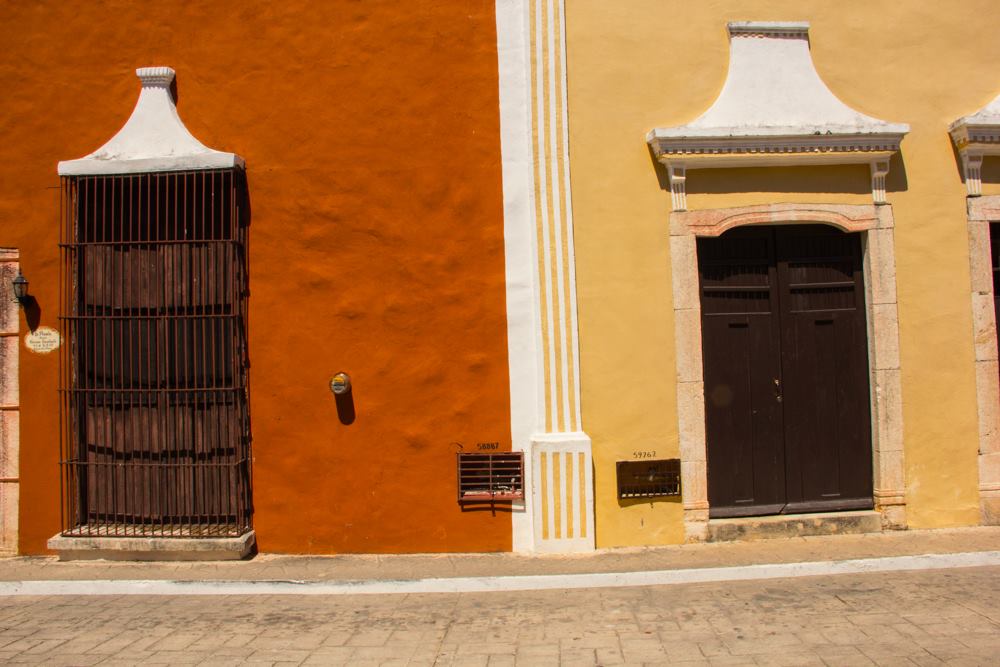 If you’re still reading this – thanks! We’ll be including pictures from Valladolid in our second travel colouring book, which is all about Mexico. If you’re interested in updates about that and our travels, sign up for updates below :)