We awoke to a beautiful day in the Algarve, and decided to drive to Albufeira, one of Southern Portugal’s resort towns…

One of the things I can’t get over about our life in the house we’re sitting is how quiet it is. Most mornings, I wake to the sound of a fleeting nothingness, broken the moment Bella the dog realizes we’re awake and comes bounding into our room wagging her tail so ferociously, it creates a rhythmic thwacking sound with the wall near my side of the bed. On the mornings Geoff wakes up before me, the first thing I hear is the portafilter of the espresso machine being banged against the granite counter to pack the grind: it clicks into place before the mechanical hum beings, and the earthy-sweet smell of strong coffee wafts toward me in bed. This morning was one of those; not a bad way to start the day.

All signs of the rain during yesterday’s road trip to Castro Marim and Vila Real Santo Antonio were gone. Today was sunny — gloriously sunny — with an azure, cloudless sky. We took Bella for her walk on what has become one of two usual routes. We walked straight up the concrete road near the house to a lookout we’ve nicknamed Fire Point after the controlled fires — brush from harvested olive trees — we can watch smoking in the distance. There were no fires this morning, and the accompanying haze had lifted, giving a clear, albeit distant, view of the Atlantic.

We hadn’t planned on leaving the house today, but the weather was too beautiful not to take advantage of, and we decided to drive 30 minutes or so to the resort town of Albufeira. The drive followed a route that’s familiar to us now: along the 270 to Loulé; through the old town, past the whitewashed church and straight out the other end. We drove west toward the parish of Boliquieme. The road is narrow and winding, and Portuguese drivers have a habit of aggressively tailgating the car ahead of them. Geoff has adapted remarkably quickly to this national habit, and takes it like a champ, refusing to be rushed.

Wherever we drive in the Algarve, I’m stunned by the scenery. The rolling hills of today’s drive were interrupted by plains filled with the usual trees: almond, olive, orange, and fig.

The landscape didn’t change a lot until we arrived at the entrance to Albufeira. For one, the palm-lined boulevard leading into town made seemed reminiscent of Beverley Hills. After passing the McDonald’s and supermarkets lining the main road on the outskirts of town, we caught a glimpse of the whitewashed old town, which follows a sharp decline into a bright blue sea. Depending on where you are in Albufeira, you can stand either on the cliffs overlooking the sea, or on the beach, straining your neck to look at the cliffside buildings.

Albufeira is unlike the Algarve we’ve seen so far. It’s one of the most beautiful beaches of the Algarve I saw in pictures, before we arrived: beaches of golden sand below sharp cliffs, and bordered by bright blue water. Back before we knew the world was round, the Algarve was considered the end of the world, and it’s easy to imagine nothingness looking out on to sea.

Staying in Albufeira? Don’t miss the Benagil Cave, an easy side trip from Albufeira! 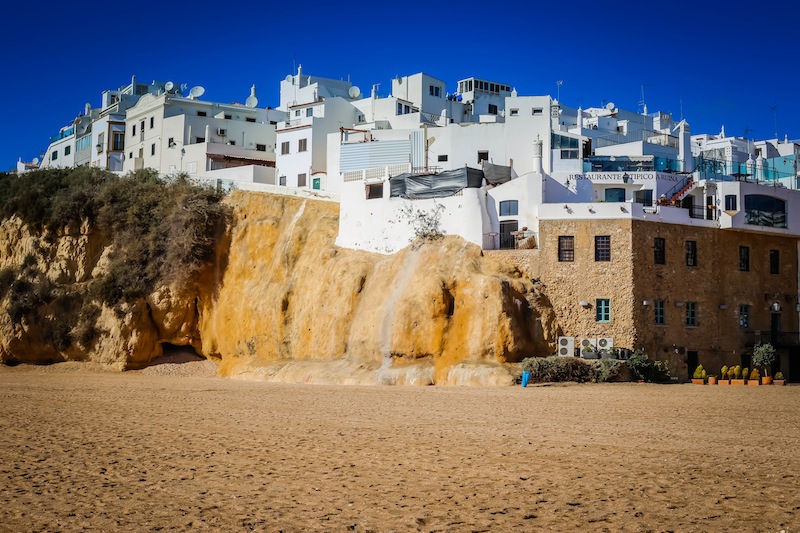 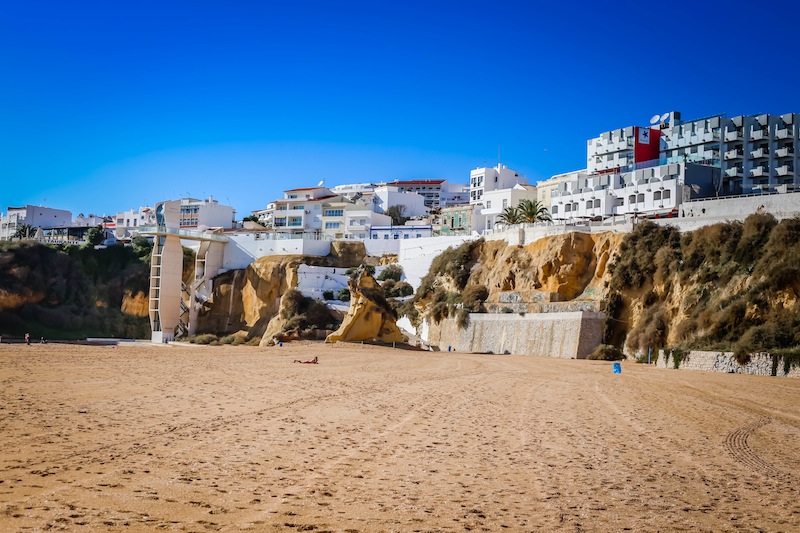 Today was remarkable, as it is the warmest we’ve felt in Portugal so far. I think it was 18°c or so today, but on the beach and in the sun, it got up to 24°c. We were so excited when we saw the beach that we spent quite a while walking along, marvelling in our good fortune to be at this beautiful place for the day. During the high season, the beaches here are packed, but today there were only a handful of hearty souls sunbathing or swimming in the Atlantic. 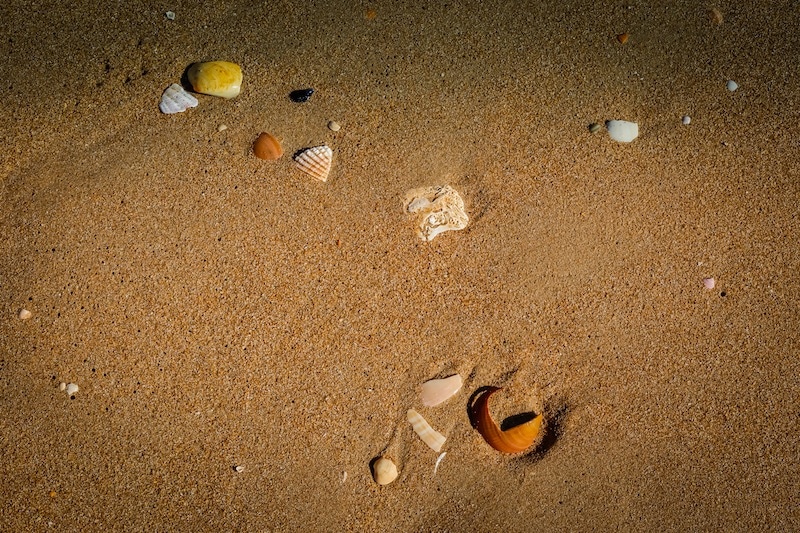 When our stomachs demanded we leave the sand for some food, we walked through the cobblestoned streets behind the waterfront and discovered that Albufeira, despite its natural beauty, is really rather tacky. It’s a package holiday destination, and the streets near the beach are lined with shops selling the ugliest bathing suits and hats I’ve seen, sports bars offering full English Breakfasts, and far too many tattoo parlours. There were so many tattoo shops, we decided a new reality show was in order: Albufeira Ink. Being low season during the day, many of the bars and restaurants were closed, but I imagine it to be not unlike package destinations such as Cancun during the high season.

But it wasn’t all bad. Beside the obvious natural beauty, the old town of Albufeira had some really pretty parts. 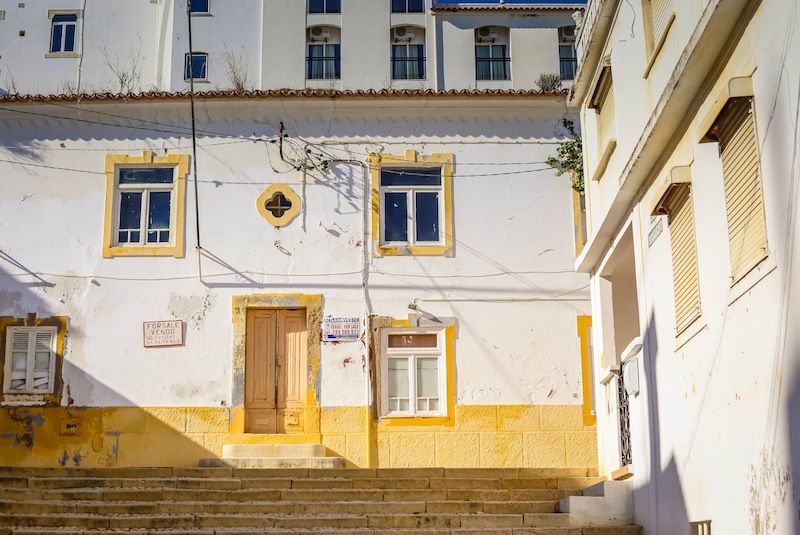 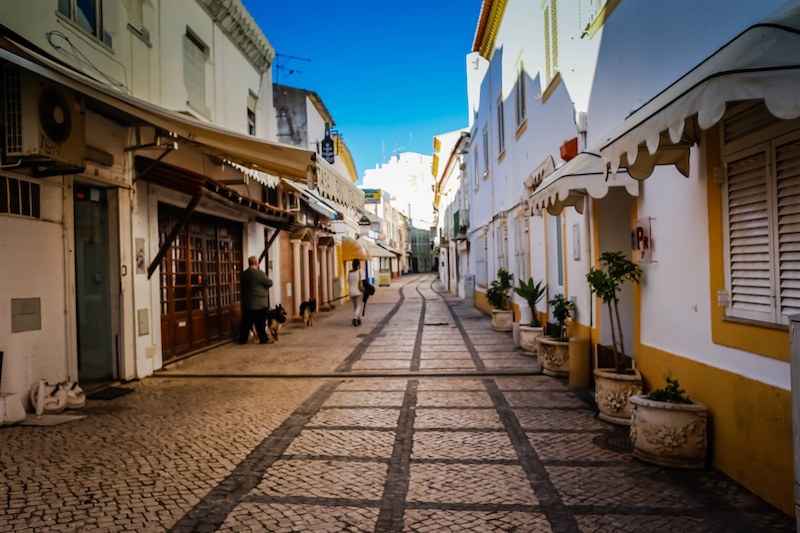 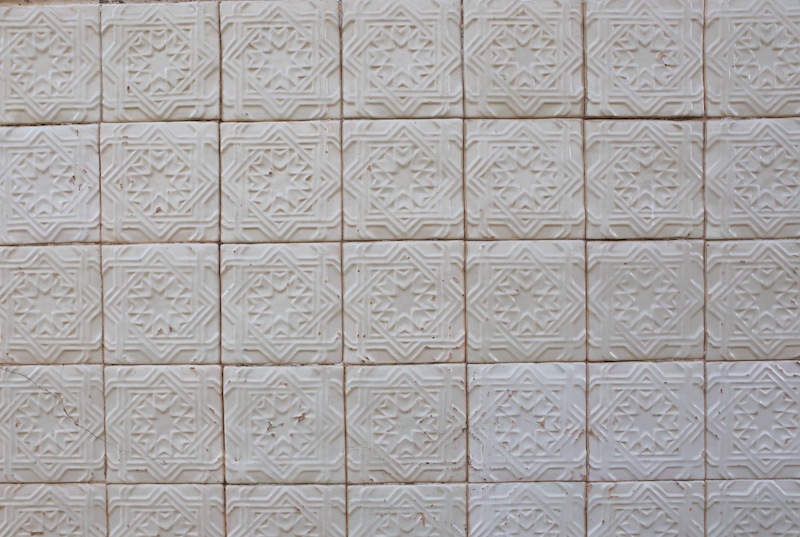 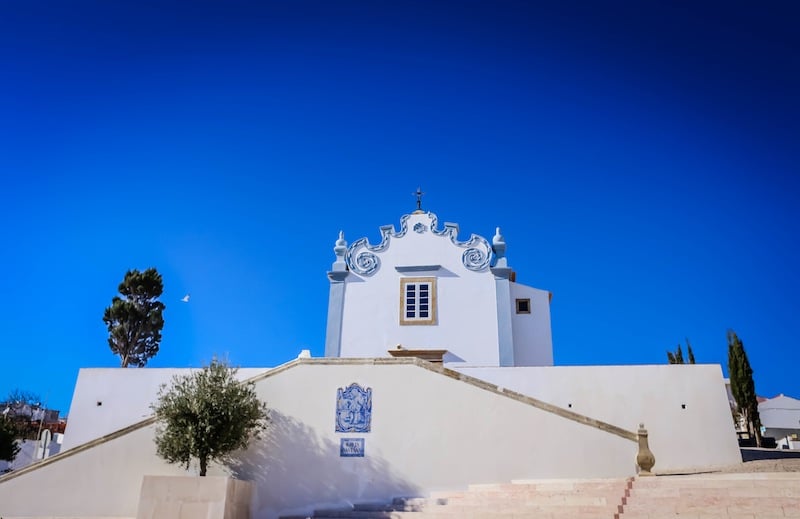 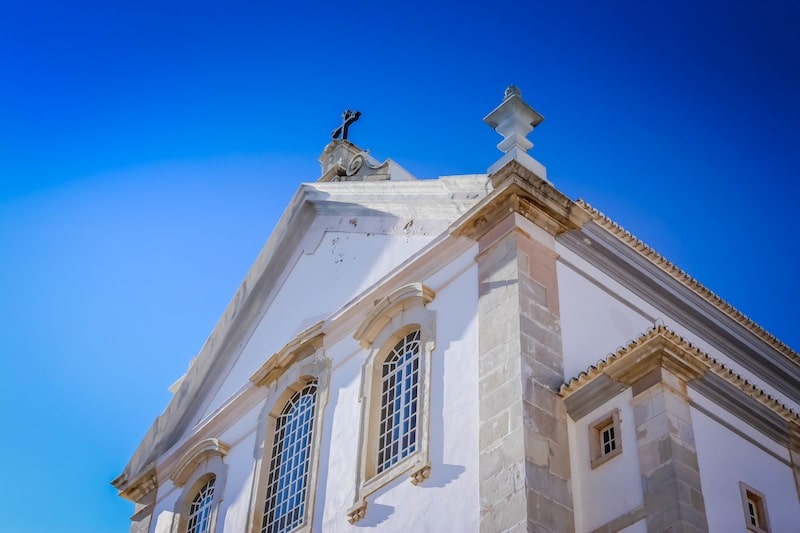 On the way home, we stopped at one of the many roadside stalls selling freshly-picked oranges, tangerines, and clementines. We bought a 5kg bag of tangerines for €2, and they smell so deliciously sweet, I am literally salivating as I write this. Happily, the house we’re sitting has a juicer, which will no doubt be put to good use.