Disclosure: This website contains affiliate links. That means we earn a commission when you use the links on this site to book a hotel, buy your travel insurance, etc.. If you’d like to learn more about how this works, you can read more under our Disclaimer page. Please note, we were guests of Context Travel, and received this experience free of charge.

No monument is innocent, Kata sums-up our walking tour with this simple sentence that, really, says it all.

How history is subjective, how tourist attractions can weave a compelling fiction that can be hard to resist, and how travel can never really escape politics… if you’re paying attention.

Back up a few hours, and we’re meeting Kata on an overcast and unseasonably cool Saturday afternoon at the end of April. Surrounded by shoppers heading to and from Budapest’s Central Market Hall, and tourists browsing the souvenir shops that line Váci utca, Kata sets the stage for our communism tour Budapest by pointing out a former monastery, and explaining how the church was impacted during Hungary’s decades-long run under communism.

Kata holds a PhD, and her full-time job is as a professor and academic. As we walk, I feel like I’m back at university, listening to one of the cool professors lecture the group on modern and recent Hungarian history and society.

We’re on a Context tour, a company that markets their tours as walking seminars, not walking tours, and so far, it’s exactly as advertised; it feels like being on a field trip for extra credit, surrounded by fellow keeners.

When you think about it, the idea of running a ‘communism’ tour is almost absurd. History is rarely segmented into neat and tidy little categories, something that Kata seems to understand: to understand communism in Budapest and Hungary, you need to understand what happened before, and the impact it had.

The problem with this, however, is it’s not exactly a pretty story; especially if you’ve got a tell-it-like-it-is academic like Kata in charge of the storytelling.

When we signed up for Context’s Communism tour Budapest a few weeks’ prior, we had no idea we’d walk away looking at Budapest’s many statues and monuments in a totally different light. But that’s exactly what happened.

It’s so easy to think of history as a series of dates and dry facts. When I think back to high school history class, that’s exactly what I remember. But when you get to walk past the places where something noteworthy took place, or through the streets where fascism and then communism ruled the day-to-day, and you have a PhD expert as your guide? Things start to seem a lot less cut and dry.

That, I think, was exactly Kata’s point on this tour: history isn’t black and white, and stories can be shaped to support whatever subtext you’re selling. It’s something we noticed in Ukraine, but had never even considered while walking around Budapest. Until meeting Kata, that is.

Context Travel’s Budapest Communism Tour is a 3-hour tour through central Pest, and can be booked directly with Context via their website. It includes stops at key monuments and attractions around Pest, and is a great introduction to how communism, and fascism before it, has shaped contemporary Hungarian society. If you need help deciding where to stay in Budapest, check out our Budapest Neighborhood Guide. And be sure to check out our Hungary home page for more trip planning help.

As our tour begins, Kata gestures to the palace, one of Budapest’s main tourist attractions, perched atop Castle Hill on the Buda side of the city. Today, the palace feels like a remnant of the Austro-Hungarian Hapsburg era; in fact, Budapest’s castle is a communist legacy.

During WWII, the original Hapsburg palace was destroyed, along with approximately 80% of Budapest’s buildings. When the communists came to power, they were forced to respond to the loud call of Budapesters, who wanted their Royal Palace back.

Asking communists to build a royal palace, Kata jokes, is like asking Trump to build a mosque.

From afar — looking up from Pest, or down from the Citadel — the result is beautiful. But get up close, and you’ll notice the details are slightly off: the windows are plain, and it’s lacking in the ornate decorations you might expect.

Our first example of how a monument we normally wouldn’t think twice about was shaped to sell a specific ideology. In this case, the communist belief that ornate beauty will tempt and seduce you…and not in a good way. 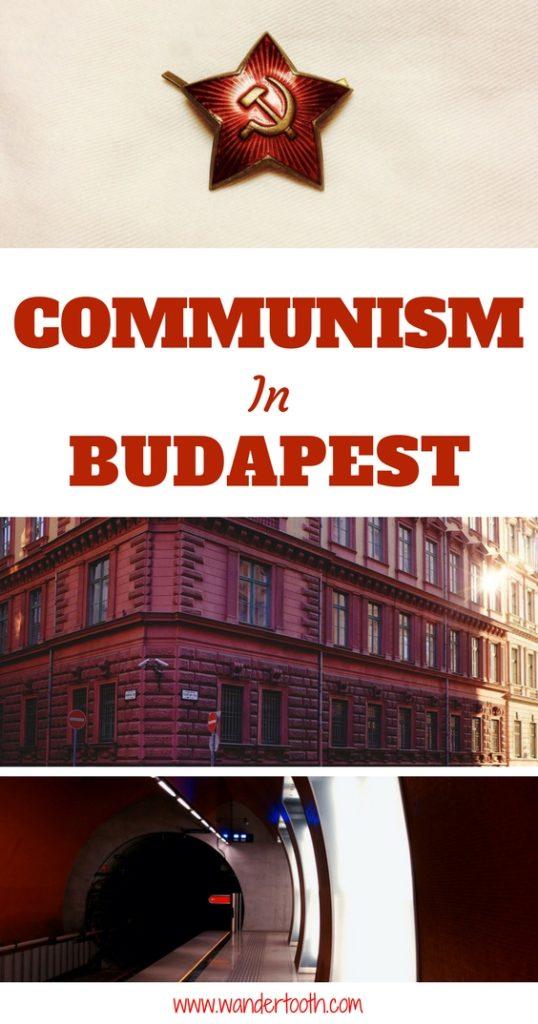 The same passive-aggressive display of communist ideology is visible outside many of Budapest’s churches, including the massive Szent István Bazilika (St. Stephen’s) on Szent István tér.

One of the things we noticed when we first moved here is how difficult Budapest’s churches are to photograph, because there always seem to be an ugly monstrosity of a communist building in the frame.

Turns out, that’s by design.

If you see a beautiful church, you’re also sure to see something ugly and communist nearby to destroy the church’s beauty, Kata tells us.

And sure enough, she’s right. Steel was cheaper than cement back then, so many of the communism buildings were made of steel. They’re very strong, and still standing around Budapest, blighting the landscape and – yes – destroying the beauty of the city’s many churches.

Far from from ending with the fall of communism, Kata tells us, the monuments in Budapest today continue to tell carefully-curated stories that reflect the view of the current government, or of Hungarian culture, more generally. It’s something most people wouldn’t notice on a visit to Budapest...without a good guide.

Kata brings us to a small statue just outside the US Embassy, and introduces the myth of Harry Hill Bandholtz – a story she tells us is false, although many people don’t know it.

A US Army Brigadier General posted to Budapest at the end of WWI, Bandholtz arrived in August 1919, and was tasked with overseeing the withdrawal of Romanian troops from Hungary. Later in the same year, he rose to fame and became a hero to Hungarians when he went to the National Museum here in Budapest, and personally prevented Transylvanian treasures from being removed by Romanian soldiers and taken to Romania.

To understand why Bandholtz became an instant hero, you have to know a bit of the back story. At the end of WWI, Hungary experienced a massive punitive loss of territory for being on the wrong side of the war. The loss of Transylvania to Romania, and the loss of northern territory to Slovakia, in particular, are sore spots to this day.

When people heard the story of Bandholtz saving the Transylvanian treasures, what they saw was a representative of the world’s most powerful army standing up to the unjust transfer of Transylvania to Romania. The not-so-subtle subtext: even America thinks that was unfair to Hungary.

During Communism, the authorities took the statue away, but in 1991, US President Bush came to visit. At the time, the Hungarians were in debt to the Americans, but they also needed a gift for Bush. And so, they pulled the statue out of the basement of the Bazilika, and installed it outside the US Embassy, killing three birds with one stone: it was free; it fulfilled the need for a gift; and it was incredibly political: America, the statue silently screamed, owed Hungary for not standing up and doing the right thing when when Transylvania was transferred to Romania.

No monument is innocent.

Toward the end of the tour, we stop in Szabadság tér (Freedom Square) to confront the confounding mix of monuments on display.

There’s nothing subtle about the monuments here, and they reveal just how much Hungary’s current identity is tied to the politics of last century, both the communism and the fascism before it.

At the top of Szabadság tér, we find ourselves in front of the Soviet War memorial, erected by the Soviets to celebrate Hungary’s liberation. The monument is – by its nature – controversial, as much because many Budapesters did not feel liberated by the Soviets, as the fact that some of them did: the city’s surviving Jewish population, for example. Hated for years as a symbol of foreign occupation, today you might find flowers on the memorial: a sign that things are changing in Hungary, and Russia is no longer the devil it once was.

Kata tells us a joke that used to be popular in Budapest:

For decades, that joke was fashionable, and Russia was unfashionable. Recently, however, that’s changed. The fact that people don’t really tell the joke anymore is a sign of the times here in Hungary, a country that continues its centuries-old pattern of swinging between east and west.

If you’re looking for a kitschy discussion about communism, this isn’t the tour for you. If, however, you’re interested in an intellectual discussion of how modern Hungary has been shaped by the events of the past — wars, controversies, politics, and all — Context Travel’s Budapest Communism Tour is a great bet. We walked away with a clearer understanding of life under communism, as well as a better idea of contemporary Hungary’s role in Europe and the world. 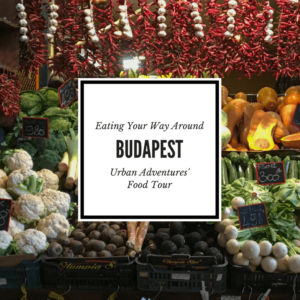 Exploring Budapest Through Its Food: An Urban Adventures Food Tour