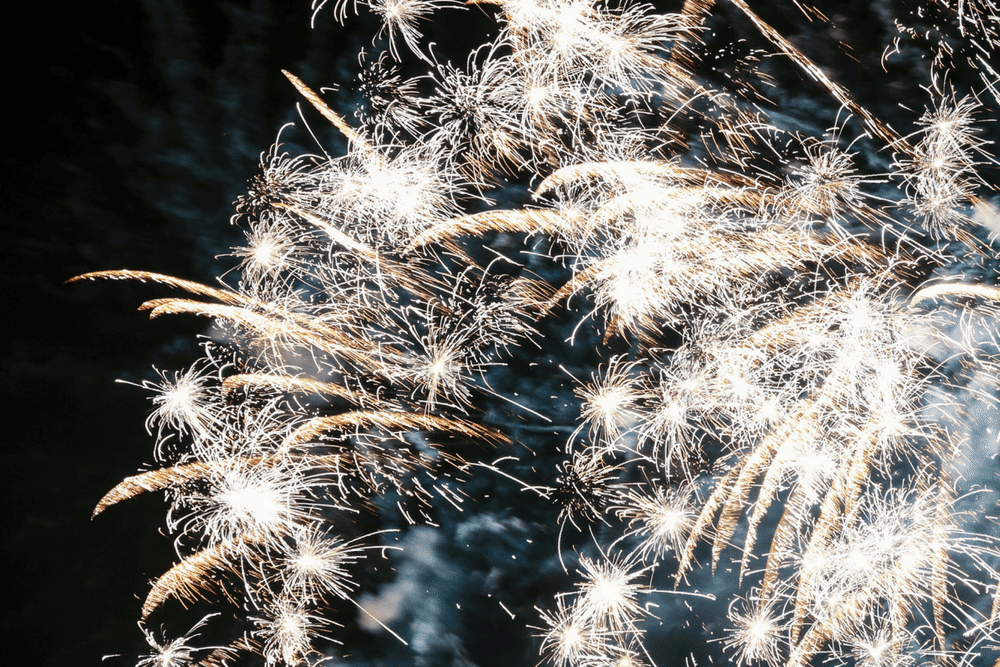 What do you do when you find out the Yanshui Beehive Fireworks Festival — one of the world’s most dangerous festivals — is taking place less than an hour from your apartment? You grab some friends, some protective gear, and maybe a beer or two, and you go…you just go!

When we were living in Southern Taiwan, I heard about a festival — a festival that can only be described as complete madness — that takes place every year in a small town of about 30,000 people called Yanshui.

Every year, 15 days after the start of the Chinese Lunar New Year, thousands of people arrive in Yanshui armed with homemade shields, full-faced motorcycle helmets, thick clothing, and a good old fashioned beer buzz….all with the goal of participating in the Yanshui Beehive Fireworks Festival.

Drunk with excitement (and also just drunk), they pack the streets, standing shoulder-to-shoulder to willingly face down round after round of roving bottle rockets, which are shot straight — sometimes point blank — into the crowd.

The Yanshui Beehive Fireworks Festival is one of the most dangerous festivals in the world…and it was just a forty-minute bus ride from our house.

There is, of course, a story behind the Yanshui Beehive Fireworks Festival.

In the late 1880s, the Yanshui area was devastated by a cholera outbreak. Helpless and distraught, the citizens called upon the God of War for help. They packed gunpowder into small rockets, fired ’em up and, with a little Godly intervention, managed to banish the evil disease from their community.  This feat is now celebrated annually in what is officially known as the Feng Pao festival in Chinese, and more commonly the Yanshui Beehive Fireworks Festival in English; unofficially, it is the most insane and ridiculous event I have ever witnessed. Surely one of the world’s most dangerous festivals, and most certainly the most dangerous festival I’ve ever participated in.

My participation started with a trip to a local hardware store for supplies: the Yanshui fireworks festival is not an event at which you want to arrive unprepared. On the advice of others, we bought heavy-duty coveralls, gloves, towels, and a roll of duct tape. I secured a full-face motorcycle helmet from a friend, and set out with a crew of friends.

As we approached the edges of town, fireworks were being shot into the sky in dazzling displays of colour and sound. This was tame compared to what we were about to be shoved into.

We noticed that store fronts were boarded shut as if a typhoon was coming, and apartment balconies were dark, with the windows covered. Toward the centre of town, the crowd thickened; people seemed entranced. People played handheld drums and bells in a repetitive rhythm. Buddha statues, draped in flowers and encased in clear plastic cubes, bounced to the beat, moving over and through the crowd.

As the first of many bottle rocket beehives — each about 10 feet by 10 feet, and packed with hundreds of bottle rockets arranged in neat little rows —  was wheeled out into the crowd, we taped the top of our gloves shut with duct tape and wrapped our necks with water-soaked towels to prevent a bottle rocket from sneaking up through the gaps in our helmets. The first beehive was pointed at the crowd, and I lowered my helmet visor to protect my eyes. The anticipation built. The crowd started to jump in time with the banging drums and ringing bells. There was no where to go: thousands of people pushed the already packed crowd from every direction…

Suddenly, a white light and symphony of deafening cracking sounds signaled the madness had begun. Hundreds of bottle rockets, screaming at the top of their lungs, shot out in every direction. A loud smack filled my ears as I took one right in my helmet’s face shield. Orange sparks burst out everywhere, and the rockets, not discriminating amongst the crowd, arbitrarily chose their victims. My neck started to burn as a hot timber forced itself under the wet towel I had carefully wrapped around my neck.

As the madness let loose by the first beehive subsided, I mistakenly thought I’d have a minute to rest. Instead, people began throwing lit firecrackers from their balconies above. Others attached strings of ten or fifteen bottle rockets to broom sticks and swung them overhead, spewing bottle rockets in all directions. More beehives were wheeled out, and the mayhem began all over again.

When I tell people about my experience, the first question I usually get is, Didn’t they hurt? Yes. And No.

It was startling to catch one in the side or back, because I couldn’t see them coming. And they hurt when they exploded at my feet, but no more than a paintball. Just like after a day of paintball, I awoke the next day with a few new bruises and welts; uncomfortable, but nothing that would last more than a few days, and well worth the experience. That said, the Yanshui Beehive Fireworks Festival isn’t known as one of the most dangerous festivals in the world for nothing: every year, there are serious injuries. People loose their eyes and suffer severe burns. However, people also wear shorts, go shirtless, and opt not to wear any protective gear whatsoever. So there’s that.

The Yanshui Feng Pao goes on until the wee hours of the morning.  After a while, we edged our way to the fringe of the pulsing crowd for a breather and well-deserved drink. We compared stories from the war, and counted our welts. The festival is very much a product of Taiwan, a country of controlled chaos and, at times, complete madness, at least to the outsider. But it is also a country I feel privileged to have spent so much quality time in. It is often overlooked by travellers, but is packed full of gems. And this was one of those times when I was in the right place at the right time: I happened to hear about something unique, and I decided to go for it.

There are so many wild and wacky festivals in the world, which ones have you been to?  What are the ‘can’t miss’ events the world has to offer?  Share your experiences in the comments!