Skip to content
Home » Mexico and The Caribbean » Mexico » To the Lady Who’d Rather Gouge Her Eyes Out Than Visit Mexico
This post contains affiliate links. Learn more.
122 shares 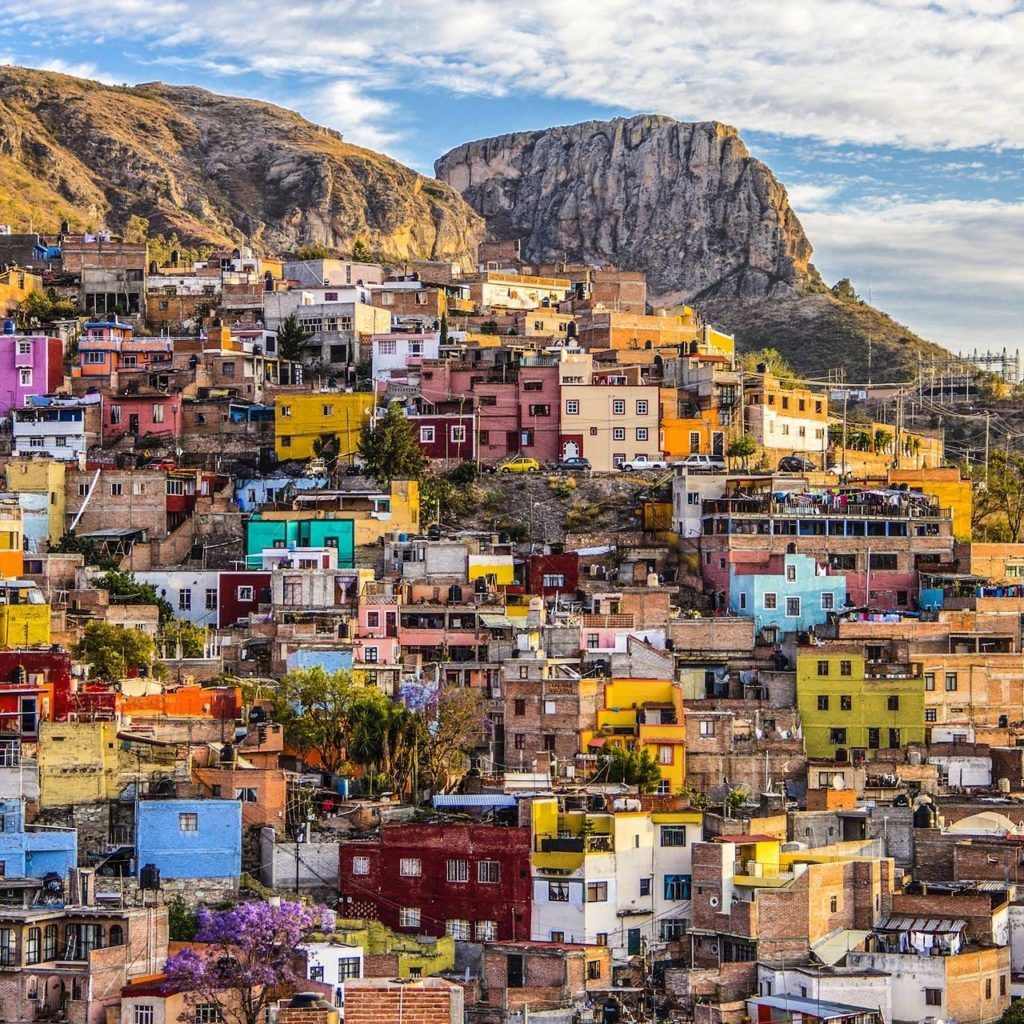 As you’ve possibly noticed, we’re not in Mexico anymore.

After 220 days exploring cities, towns, and villages, and eating possibly just as many tacos and tlayudas, Mexico is done…for now.

Back in September, we left Prague after 15 months of using it as a base, and went to Oaxaca with a specific video project in mind. But then that project fell apart. After returning to Oaxaca following a Christmas break in Canada, it became clear the project wasn’t going to happen, and we were faced with the decision: do we stay or do we go?

Thankfully, the decision wasn’t all that difficult. Some friends and fellow bloggers announced they were coming to visit us for a month or so. Then, they recruited a pack of 7 or so OTHER bloggers and digital nomads to come along, too. And just like that, the Tacos and Tequila Gang was born, and we were staying in Mexico

We spent the better part of January and part of February hanging with old friends and making new ones, and then flew south to celebrate a birthday. By the time we left Oaxaca, we had a new purpose for our remaining time in Mexico: MEXICO COLORING BOOK!

And to make a coloring book about Mexico, we had to travel Mexico. It was one of those twist my rubber arm moments.

The Places that Change You

Here’s the thing about Mexico: in ways we’re still trying to understand, it changed a lot of things for us.

During our time there, and subsequent conversations among friends and between ourselves, we realized that ‘meaningful travel’ is a theme we keep coming back to in our travels: we really like thinking about, and writing about, the meaning of travel, the value of travel, and how travel changes you. Some might say we do a lot of naval gazing, but we prefer to think of it as reflection :)

For us, Mexico was ‘meaningful travel’ in that we both grew and changed: our language skills; our comfort with discomfort and uncertainty; and our perceptions about a country that — let’s face it — has a pretty crappy reputation in Canada and the US, at least in mainstream media.

Mexico was a lightbulb moment for us, about how much power we had, through this blog, to share the side of Mexico we were actually experiencing, and counter, in a small, wandertooth-y way, what we think are the terrible, rotten, no good, very bad misconceptions of Mexico, and the Trump narrative.

You’ll notice most of our posts about Mexico on social media have been overwhelmingly positive, and there are two reasons for that. Reason #1 is simple: we really, genuinely loved it, and we wanted to share. Beyond that, however, we wanted to, in a small way, counter the fear of Mexico, or the view that it’s a one-dimensional (read: tequila, beaches, Spring Break) destination with little to offer the more curious, adventurous and cultural traveler.

As people started to respond with comments like, “I’ve added Mexico to my bucket list because of your photos” or tell us they had no idea Mexico was soooooooooooo awesome, it motivated us to keep sharing about the places we went, the experiences we have, and the massive warmth and welcome we felt everywhere we went in Mexico.

When we were near the end of our trip, in Guanajuato, we secured a huge-for-us media story on CTV — a national and respected news outlet in Canada – that was all about our Mexico coloring book. We were really excited about it, and during the interview, I stressed to the reporter the point that, in our opinion, Mexico is a completely under-explored and overlooked destination, and that its’ reputation for being a dangerous destination is out-sized to the actual danger.

The story came out, we did some happy dances, and everything was right with the world.

And then the armchair experts started to weigh in. From one woman, who felt the need to comment on CTV’s Facebook page when they shared the story:

“I would drive blunt pencils into my eyes before I’d go there.”

Later on in the comment train, she felt the need to weigh in, yet again:

“Wonder if they have a page showing the thieving police shaking down rich tourists.”

I got really pissed off at this lady. All I could think about was the friends we’d made, the hospitality we’d been shown, and the beauty and diversity we’d seen while travelling around the country…if she could only see and experience what we’d seen and experienced, surely she wouldn’t think the same way, right?

Probably not. The thing about travel, is you have to be willing to let it change you. It reminds me of that quote by James Michener, “If you reject the food, ignore the customs, fear the religion and avoid the people, you might better stay home.”

I realize we’re not going to change everyone’s minds about Mexico through this blog and a few Instagram posts, but her attitude ate away at me for days. I was pissed at her, I was pissed on behalf of Mexico, and even now, when I think about it two months later, it irks me.

While I hope she doesn’t stay home, I suspect she might.

For travel to change you, you have to let it.

Despite what appears to be a somewhat popular opinion, Mexico is not an impoverished hellhole filled with people focused primarily on escaping north, by whatever means possible, and secondarily on murdering or shaking down tourists.

When we tell people we love Mexico City, for example, and would even love to move there, using it as a base for our travels, the most common reaction is: surprise.

And I get it. Mexico City: big, dirty, polluted, dangerous. Those are some common stereotypes.

But there are also sections of the city that are infinitely livable…parks we went running in every night, bars and cafés within walking distance of popular residential areas, families and friends out and about, enjoying the evenings with ice cream, coffee, dinner, or drinks.

China is far more than that eastern seaboard so many of us, I would guess, imagine when we think of the country: Shanghai skyline, Forbidden City, etc.

And Mexico is far more than the resort cities and drug violence so many of us — again, a guess — imagine when we think of Mexico: Spring Break, tequila, resorts, Sicario, El Chapo.

We were lucky to spend so much time in Mexico, in different places. And we’re far from having seen it all. But what we did see was a complex portrait of a country: the walled city of Campeche, which felt more like Cartagena, or a city in the Carribean, than one in Mexico; Oaxaca, where the indigenous groups lend their traditions, colours and food to a city unlike any other; Valladolid, where tiny Mayan women — above whom even I, at 5 feet, tower like a giant — sell goods in front of Spanish colonial buildings, a mix of cultures that seems to work; Mexico City, which is so much more cosmopolitan and hipster than we ever could have imagined.

Mexico is a country with a well-developed craft beer scene, where local ingredients like agave are added to honey ales. It’s a place where the food differs according to region, and is far more complex and sophisticated than you might imagine. It’s a country where multiple cultures seem to have found a way to live together, for the most part.

Basically, it’s so much more than resorts, tequila, and sombreros. And it’s far more than the police who do, unfortunately, occasionally shake-down tourists. And the drug cartels who make life hell for locals, far more than for tourists.

I’m not saying Mexico doesn’t have problems. Not by a long shot. YES, some places in Mexico ARE dangerous. YES, it does have massive problems: corruption is rampant, the divide between rich and poor, and between indigenous and non-indigenous populations, is massive, and as this Foreign Policy article points out, there are some serious challenges to Mexico’s democracy, or lack thereof.

And yes, there are corrupt police officers that occasionally shake down tourists. Us included.

Back in 2008, Geoff and I got married in Playa del Carmen. After the wedding, when all our friends and family had left, we rented a car for a week of exploration through Quintana Roo and the Yucatan. As we were leaving Cancun airport (where we picked up our rental), we got stopped by the police on our way to Chichen Itza.

It was, from the start, a total shake down. The cop asked Geoff if he’d been drinking (it was 9 am), and administered a “breathalyzer” on the side of the road, which went like this:

Step 1: Cop holds two cupped hands together, up to Geoff’s mouth, and instructs Geoff to blow

Step 3: Cop wafts the aroma of Geoff’s captured breath onto his own face, breathes it in, and attempts to detect alcohol.

When the officer realized that, no, we hadn’t been pounding back Modelos at 9am while on our way to see one of Mexico’s greatest cultural attractions, he then accused us of speeding (we weren’t), and gave us two options: 1) Pay an on the spot “fine” and all of this could go away, or 2) follow him back to the station, wait a week to get the driver’s license back that he had confiscated at the start of this all, and still pay a fine.

It was so transparent, what he was trying to do, that I jumped in and started negotiating the bribe. We would never pay a bribe now — if this same thing happened to us today, we’d call his bluff and follow him back to the station, knowing he’d likely not follow through on it, because it’d be far more lucrative to simply wait for the next tourist, and attempt another shake-down. But back then, we did pay, and are now culpable in a small way for the continued corruption.

So no, it’s not perfect. And yes, there is corruption. And I get that that’s frustrating.

But does that mean you should drive blunt pencils through your eyes, rather than get on a plane to Mexico City, or most other safe places in the country? Ummm…no.

And so, to the lady who’d rather drive blunt pencils through her eyes than visit Mexico, I’m tempted to say, good: Mexico is better off without you. But in actual fact, I’m just sad…for you, because you’ll possibly never experience the deliciousness that is tacos al pastor, or the colors of Guanajuato, or the warmth of the people as we did; and for Mexico, because of the damage attitudes like yours do to the very real livelihoods of millions of people who depend on revenue from tourism.